Tectal Glioma is tumor of the brain stem that is low grade and slow-growing. It is mostly found in the roof of the skull. The brain stem is responsible for controlling fundamental aspects of the body, including respiration, heart rate, and blood pressure. Gliomas in grades 1 and 2 are categorized as low-grade tumors and makeup around two-thirds of all pediatric tumors. Low-grade gliomas also depend on the type of cells and location of tumor.

Despite having their genesis in a vital area of the human body, tectal gliomas have an extremely high probability of recovery and generally a long-term prognosis. The vast majority of tectal gliomas, or brain tumors, that affect children are diagnosed between the ages of 3 to 16years. Tectal gliomas are more likely to develop on their own, there are no documented environmental or genetic factors so far identified as main risk factors.

Brain tumors of the low-grade glioma family are normally benign and infrequently aggressive. Glial cells are mostly the main target site of gliomas. The initial suspicion generated by the presence of obstructive hydrocephalus is used to make the diagnosis of Tectal Glioma. 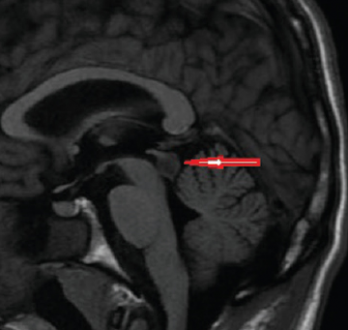 Tectal Glioma clinical signs frequently involve elevated intracranial pressure. Due to the sluggish growth rate of these tumors, the patient visits the doctor with symptoms that have persisted for several months.

While each patient’s symptoms are unique, the following are the most typical:

It is crucial to have the child assessed by a trained medical practitioner as quickly as possible because a lot of these signs might potentially be indicators of other ailments.

It is common for tectal gliomas to develop on their own, which indicates that there are no established environmental or genetic variables that are the cause of these tumors. A group of brain tumors known as low-grade gliomas is often benign and infrequently aggressive. According to research, gliomas and other malignancies of the spinal cord and brain are caused by changes in DNA.

DNA is found in the genes. They teach cells how to proliferate and expand. Cells can multiply uncontrollably if their DNA undergoes mutations or alterations. Parents can give their children genetic mutations. They may also happen unexpectedly during lifespan.

Survival rates for gliomas are highly variable and rely not just on the kind and grade of the tumor but also on the age of the patient. The patient’s prognosis worsens with age throughout diagnosis and therapy. Glioblastoma patients who receive treatment are expected to live 12-15 months, whereas anyone who does not receive treatment is expected to live just four months.

Tectal gliomas have an extremely high cure rate, and their long-term prognosis is typically very good, even though they originate in a highly important portion of the body. Many patient’s tumors enlarge over time, but the majority of them stay asymptomatic and do not need any further care beyond routine MRI scans.

Due to their passive character, tectal gliomas rarely need any additional treatment. In general, treatment focuses on alleviating symptoms produced by increased intracranial pressure and monitoring the tumor for growth and consequences. A patient’s prognosis is usually excellent with just cerebral pressure relief required. The medical specialists deal with the issue of intracranial pressure by the following: