A pharyngocele is a herniation of the lateral pharyngeal wall into the piriform recess or the vallecula. Pharyngoceles are protrusions that protrude through the thyrohyoid membrane and are located on the lateral pharyngeal wall. The patient presents with dysphagia, a lateral cervical mass that enlarges during the Valsalva maneuver, and other symptoms related to the upper digestive tract; this is a rare illness.

A congenitally abnormal air sac that connects to the protruding larynx cavity is referred to as a laryngocele. People who engage in forced expiration apply tremendous pressure to their larynx, which causes the laryngeal ventricle to enlarge. Additionally, persons with obstructive airway illness mostly develop this condition. Virchow was the one who originally described this benign tumor back in 1863.

Pharyngoceles are uncommon and typically unilateral rather than bilateral. It is often seen in professions where the worker’s pharynx is subjected to high pressure, including glassblowing or playing wind or brass instruments. It tends to emerge among people in their 50s and 60s, and it is more common in men than in women.

Plain x-rays, barium swallows, ultrasound, and CT scans of the neck all are used to diagnose pharyngocele. It is possible to pinpoint the site of a pharyngeal hernia with the help of a barium swallow. CT scans are an important part of diagnosing pharyngocele because they show the dilated parapharyngeal air sac that connects to the lateral side of the vallecula or the base of the pyriform sinus, as in this case, as well as its boundaries and how it fits into the body. 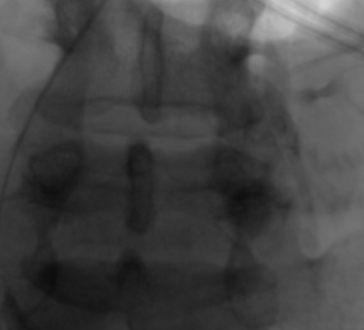 The majority of individuals exhibit no symptoms. The major symptom is dysphagia, however other clinical manifestations include:

Laryngocele is often caused by an excessively large saccule. The saccule is an appendix that is attached to the laryngeal ventricle. This large saccule reaches the thyroid cartilage. The laryngeal lumen, which contains air, connects these structures. Old people tend to have a higher incidence of this problem. The tumor is acquired or inherited in origin. A pharyngocele is the pharyngeal mucosa that protrudes through the tonsillar fossa or pyriform fossa muscles. It is mostly acquired or inherited. Congenital pharyngocele is caused mostly by the remains of the branchial cleft.

The subplatysmal plane is dissected to separate skin flaps. To better display the mass, the swollen strap muscles are cut. The sheath around the carotid artery is moved backward. The nerve called the ansa cervicalis, which is connected to the laryngocele, is cut and taken out. Sutures are used to close the wound left by the removal of the lump.