Iatrogenic disease is an illness that results from medical intervention. When a patient goes through any kind of medical procedure, there is always some level of risk of developing such anemia. It is important to assess the potential danger against the potential reward. Iatrogenic disorders cover a very broad variety of medical conditions.

“Iatrogenic anemia” refers to a disorder characterized by a decreased hematocrit and hemoglobin count as a direct consequence of large or frequent blood sample withdrawal, typically for laboratory testing. It frequently occurs in patients who already have bone marrow depression, which makes it more vulnerable.

To make a diagnosis or track a child’s progress throughout therapy, it is necessary to take blood samples frequently. In such cases, single blood draw from an infant or toddler is within the standard blood draw quantities for pediatric patients, but the cumulative loss of blood from repeated blood draws results in iatrogenic anemia. 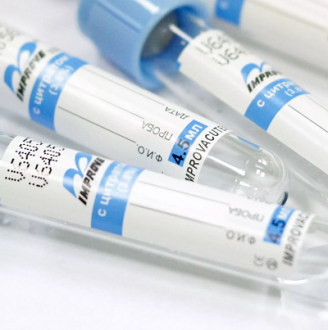 Iatrogenic anemia is defined by a decrease in hemoglobin and hematocrit despite maintenance of a normal mean corpuscular volume (MCV). Iatrogenic anemias are often hypochromic and normocytic, making diagnosis difficult for the medical staff. Doctors, nurses, and phlebotomists can rule out other possible causes of a child’s anemia if they notice a pattern of taking little but increasing number of blood samples from the child over time. Although iatrogenic anemias are more common in hospitalized infants and toddlers, they can also occur in young kids who are routinely treated in pediatric clinics.

Iatrogenic has a variety of causes. Iatrogenic anemia comprises a complex etiology. Some of the factors that lead to this type of anemia include nutritional inadequacies, medical conditions that prevent the generation of red blood cells, losses during procedures and surgery, and further occult losses from phlebotomy. Iatrogenic anemia can also arise from heavy fluid infusions.

Full-term infants rarely need low-volume red blood cell transfusions unless there has been severe blood loss at birth or prenatal anemia caused by an intrauterine condition. On the other hand, premature infants are frequently given blood through the process of transfusion. Frequent blood collection in the critical care unit causes iatrogenic anemia in premature infants, which results in the need for transfusion.

Premature infants typically have a slightly reduced Hb value at delivery. In addition, preterm newborns experience an earlier and more dramatic HB drop after birth. It seems that the process behind anemia of prematurity involves a real-life reduction in the amount of erythropoietin that the body produces in response to a specific level of anemia. This is because the liver, not the kidney, produces most of the newborns’ erythropoietin. Although some medical professionals have regarded this level of anemia as physiological, the condition’s benign nature is still debatable.