The coronavirus pandemic has recently hit its 21 million marks. This ongoing pandemic has taken around seven hundred thousand lives. Search to find the vaccine to fight this pandemic has been ongoing since the day WHO declared it to the Public Health Emergency of International Concern. Among all this, various companies were able to develop various candidates to combat this pandemic. One such company is Inovio Pharmaceutics. Inovio Pharmaceuticals, a biotechnological company, is in the process of developing a vaccine INO-4800 against COVID-19. INO-4800 is a DNA based vaccine having the plasmid pGX9501, encoding for the entire length of the spike glycoprotein of COVID-19. It has demonstrated long term protection in non-human subjects challenged with the COVID-19 virus 13 weeks after immunization. Its response was mediated by the memory T and B cells. According to the Inovio pharmaceuticals, INO-4800 is the only one among nucleic acid-based vaccines that are stable at room temperature and does not require freezing for transportation or storage, which is a crucial feature for mass immunizations. 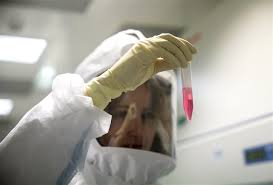 INO-4800 was designed within three hours on January 10th, 2020, by Inovio, using its unique DNA medicines platform technology to match the virus’s DNA sequence after the release of the genetic sequence of the COVID-19 by Researchers in China. Pre-clinical testing and clinical trial designing were started between  January 10th to 23th,2020 and its data is available in the journal Nature Communications. The pre-clinical testing was done on mice and guinea pigs. Mice and Guinea pigs were given 2.5-µg and 10-µg. The antigen mediated and T-cell immune responses were measured during the preclinical studies. The vaccine showed not only the virus-neutralizing activity but it also produced antibodies in the animals The pre-clinical testing showed promising results that lead to further studies. INO-4800 was also studied in larger animal rhesus macaques. Macaques were given two doses of 1-mg INO-4800 with a 4-week gap.

The animals were challenged with the live COVID-19 virus for more than 3 months after the immunization with INO-4800. The INO-4800 was able to provide long-lasting protection for up to four months. The INO-4800 was able to reduce the viral replication in the lungs and nasal pathways thereby decreasing the severity of the disease. The result of the study is published in the peer-reviewed and non-peer-reviewed journal. The preliminary study results make INO-4800 a potential candidate for the COVID-19. This is the first vaccine that has provided protection through the memory immune response in non-human subjects. INO-4800 has become the participant of the non-human primate study conducted by the US Operation Warp speed due to its encouraging interim study results. The Chief Executive Officier and President of Inovio, Joseph Kim, had said,

“All other previously reported NHP vaccine protection studies actually challenged the animals at the peak of their immune response.  Our study demonstrates that INO-4800 could provide protection in a more real-world setting, where vaccine-generated memory immune responses protected NHPs for more than 3 months (13 weeks) from the last vaccination. Given the importance of protective antibody and T cell responses, this study gives us more confidence as we continue to advance INO-4800 in the clinic. We believe INO-4800 holds significant potential to help address this global public health crisis.”

In April  2020, the Inovio started its Phase-I of the human clinical trials. The trial was open-labeled and carried out at the University of Pennsylvania, Pennsylvania, and Center of Pharmaceutical Research in Kansas City,Missouri. The first phase clinical trial involves 40 participants between the age of 18-50 years, each of which are given two doses of INO-4800 with a four-week gap. The doses of 1 mg and 2 mg INO-4800 were given with the help of CELLECTRA®. The first phase involved the assessment of the safety and immunogenicity profile of INO-4800 in humans. Three volunteers were excluded during the study entry as they tested positive due to prior infection before the study enrollment and one volunteer left the study due to unknown non-clinical reasons. Both the humoral and cellular immunes responses were studied through immunological assays.

At week 6, overall immunity was found in 94% of the volunteers. The ten adverse effects reported were of grade 1 severity, with redness at the injections site being the most common. There were no serious adverse effects found till week 8 and it was found to be safe and well-tolerated in humans. The first phase trial now has been expanded to the older population over the age of 65 years. The Inovio is aiming to publish the study results in a peer-reviewed journal. In June 2020, Inovio initiated its Human clinical trials in South Korea.

The main purpose of this trial is to determine the safety and immunological profile of INO-4800 by the use of CELLECTRA® 2000 for electroporation and administration of INO-4800 intradermally. The trial will include healthy individuals between the age of 19 to 50 years, later the trial will include an additional 120 individuals between the age of 19 to 64 years. On July 15th, 2020, the Seoul National University has administrated the first dose of INO-4800 to a 40-year-old patient. The 2/3 efficacy phase is expected to be initiated after the approval from the regulatory authority in the summer because of the positive results from the first phase. The Vice President of  R&D, Kate Broderick, had said,

“As we eagerly anticipate initiating a Phase 2/3 efficacy trials this summer, an animal challenge is currently the closest thing we have to testing a vaccine’s efficacy when confronting a live virus. We are very encouraged with the duration of protection that INO-4800 demonstrated in this NHP study and look forward to reassessing its impact on durability of response at 12 months out from our other ongoing non-human primate and animal challenge studies.In addition to safety and efficacy, it is essential that any vaccine targeting SARS-CoV-2 generates a relevant durability of response.A vaccine that only provides protection for a very short period of time is not going to realistically solve the problem of this pandemic.”

Inovio DNA vaccines can produce balance antibodies and T-cell responses. Inovio is using its DNA medicine platform for the optimized delivery of the plasmid directly into the cells. It is brought by the use of a small handheld device called “CELLECTRA®” which is patented to the Inovio. This device uses an electrical pulse to open a small pore in the cell for the entry of plasmid. Inside the cell, the plasmid starts replicating. The plasmid assists the cell to produce the targeted antigen to strengthen the immune system. This antigen then initiates the desired T-cell and antibody-mediated immune response. The INO-4800 targets the major spike surface proteins of the COVID-19 virus which results in the production of B-cells and T-cells. The antibodies that recognize the virus are produced by B-cells while the virally infected cells are killed by T-cells which also supports B-cells.

Studies have demonstrated that INO-4800 can provide long term protection due to its vaccine generated memory immune response which has protected non-human subjects since their last vaccination for 13 weeks. The T-cells produced after immunization can control the severity of the disease. After the initial dose, the antibodies and the T-cells lasted for more than 4 months in the non-human subject’s blood. The antibodies level and T-cell responses were found to be significantly greater than the recovered and recuperating COVID-19 patients. The study data support the INO-4800 ability to reduce viral replication and viral shedding in the nasal cavity. It not only produces responses against the early virus but also against the G614 mutant variant which is now dominant.

In March 2020, Inovio prepared 3000 INO-4800 doses for clinical trials on humans in the US, South Korea, and China and had started to prepare its plan for mass manufacturing. Inovio has been receiving generous funding from various resources after its successful and positive study results. The US’s Department of Defence has funded 71 million dollars to Inovio for the mass manufacturing of its trademark smart device CELLECTRA® 3PSP and purchasing of CELLECTRA® 2000 devices, which are used for the delivery of INO-4800 intradermally into the body cells.

The Coalition for Epidemic Preparedness Innovations (CEPI) and Bill & Melinda Gates Foundation also has given an extensive amount of funding to Inovio. INO-4800 has also been selected for the US’s Operation Warp Speed program whose aim is to provide a safe and effective COVID-19 vaccine by January 2021. Furthermore, Inovio is planning to provide one million doses by the end of the year with the use of its current capacity and resources. German Manufacturing partner, Richter-Helm has provided additional capacity which will be helpful in mass manufacturing of the vaccine. Inovio is still looking for additional resources and funds to expand its capacity. 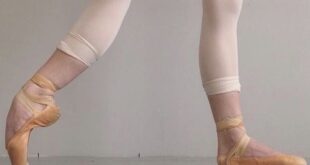 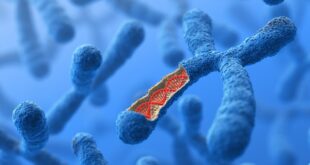