What is Subungual Exostosis?

The Exostosis refers to the abnormal bony outgrowth. The word Exostosis is made of three words, which are Ex meaning out, Ost meaning bone, and Osis meaning abnormal growth or condition. The Subungual Exostosis is the abnormal bony outgrowth formed on the tip of the distal phalanx. The Subungual Exostosis on the toe was first observed by the Dupuytren and is, therefore, sometimes referred to as the Dupuytren’s Exostosis, whereas on the fingertips was reported by Hutchinson. It can occur at any age and has no known cause.

Subungual Exostosis is more common in females than in males. It can occur in any age, but the usual onset of the Subungual Exostosis is between the age of 20 to 50 years. The bony outgrowth usually develops under the nail bed and extends upward, leading to the separation of the nail plate from the bed. This causes pain and swelling. It can also cause pain with direct pressure on the affected toe, oedema, deformity of the nail, and erythema.

Sometimes ulceration can also be found. The lesion usually takes weeks to a month to grow. In some individuals, the subungual Exostosis is asymptomatic and is accidentally found in X-rays for other conditions. The symptoms of subungual Exostosis may improve or get worse depending upon the type of shoes being worn. 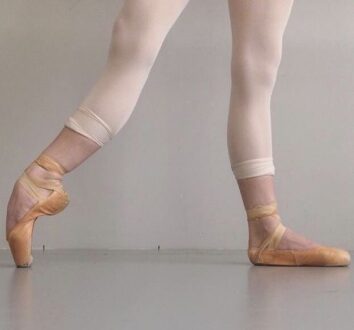 The nonoperative treatment only provides the relief of the symptoms, not the cure. The bony outgrowth is progressive that continues to grow; therefore, the best treatment is the surgical removal of the bony outgrowth. The surgery can be done either by direct access to the nail bed or indirect access around the nail plate through the fish mouth incision. The direct access method is used in the case of a defective nail bed, whereas the indirect access lifts the nail and exposes the Subungual Exostosis. The purpose of this surgery is to reduce pain and deformity.

The surgery provides the localized removal of the bony outgrowth without involving other joints and reducing the risk of misalignment. The procedure is usually performed under local anaesthesia. The procedure usually takes 15 to 20 minutes. During the procedure, an incision is made along the toe to allow either direct or indirect access to the bony outgrowth. This bony outgrowth is then resected, and the underlying bone is curetted. The skin is put together and stitched. The absorbable stitches are usually used. The patient is asked to avoid any manual work for at least 4-8 weeks. The complications associated with the surgery are pain, swelling, inflammation, infection, Complex Regional Pain Syndrome, and scarring.