When the average person is speaking, the soft palate called velum is lifted and is closed against the back wall of the throat that is also called the pharynx. This soft palate closes the nose from the mouth during speech. When the soft palate is not long enough to block the back wall of the throat, sound and air can leak into the nose because of the gap caused due to the short length of the soft palate. This condition found in children is named Velopharyngeal Insufficiency (VPI). This effect affects the resonance of sound due to which the voice may sound hypernasal because most of the sound leaks into the nose during speech.

Above, we have discussed some information about the disease entitled Velopharyngeal Insufficiency (VPI). Now we will be discussing all the relevant information regarding the treatment of this disease.

What is Furlow Palatoplasty?

Furlow Palatoplasty is the procedure for treating Velopharyngeal Insufficiency (VPI). It involves a surgical procedure used for cleft palates and is also used to make the soft palate thick and long. So, it can reach the back wall of the throat. Surgeons also use this procedure for the readjustment of the abnormal placement of palatal muscle so the palate can touch the back of the throat easily during a speech. This surgery is also beneficial for children having ear infections in the submucous cleft palate. 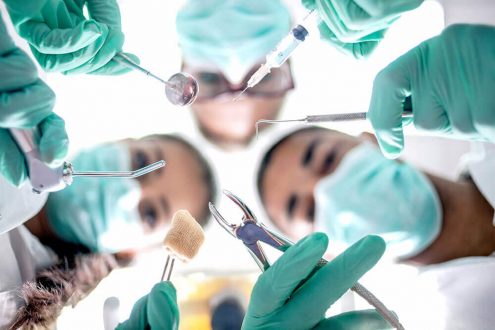 The Furlow Palatoplasty is also known as Furlow Z-plasty. Furlow Palatoplasty surgery involves the transportation of palatal muscles. Surgeons perform this surgery to lengthen and strengthen the soft palate. It firmly closes the back of the throat during the speech. Surgeons use the width of the soft palate to increase the length of the soft palate. After this surgical procedure, the child gains the potential for everyday speech. The surgery helps the nose of the child to close from the mouth while speaking something. In almost every case, with the help of this surgery, the hyper-nasality issue is resolved. However, speech therapy is still needed as needed before the surgery to correct speech errors.

The Furlow Palatoplasty is about and a 1/2 an hour procedure. The doctors advise the patient to stay in the hospital for about 1-2 days. They keep patients under observation during this procedure. After the surgery for the first few weeks, the child will feel minimal to moderate pain during speaking and swallowing things in the sutured area. Therefore, to reduce pain, oral pain medicines and painkillers are given to a child, which helps him eat and drink without difficulty. Doctors recommend soft food to the patient in the starting days of the surgery. The average recovery time after this surgery is approximately two weeks.

The procedure of Furlow Palatoplasty starts by making markings on the soft palate. Then surgeons align it so that the orientation of the flaps gets better for a right-handed surgeon. Then lateral relaxing incisions are made that are located lateral to the hamulus and dissection proceeds down between the hamulus in pilar musculature and the superior frontal constructor. The lateral relaxing incisions help to take tension off the repair. The resulting scar on the patient’s soft palate looks like Z. Therefore, this surgical procedure is also named Furlow Z-plasty. After that, they make a nasal mucosal incision on the midline of the Z-shape scar. Blunt dissection is preferred in this procedure whenever surgeons can augment visualization.

Then the left-sided flap is raised eventually once the nasal mucosa becomes visible. Then carefully, the velar musculature is elevated off the nasal mucosa. After surgeons complete dissection from the midline, they continue the dissection from medial to lateral and from anterior to posterior. And then, the dissection continues to the region of the levator tunnel laterally. Once surgeons have completed the process of the left-sided flap, they move towards the right-sided flap of the Z-plasty. This part is anteriorly based and contains oral mucosa and submucosa. They sharply increase the elevation of this flap. Then, in the end, they make sutures carefully when the whole procedure is complete.