Learn all about vitiligo and its treatment with different medications!

Vitiligo is a condition which causes depigmentation of different part of skin(loss of pigment cells) or from birth have no pigment. The exact cause of vitiligo is still not clearly understood but research suggests that it may arise from autoimmune, genetic, oxidative stress, neural, or viral causes.The condition is often associated with psoriasis or arthritis.Currently, there is no complete cure of vitiligo but it is good to know that vitiligo does not cause any physical distress or harm to general health. The white patches on the skin are especially subject to sunburn and tanning of the surrounding skin makes them more noticeable.Vitiligo has two main types one is idiopathic and other one is chemical.Most of the cases of vitiligo are idiopathic (unknown origin) while vitiligo caused by skin bleaching reaction is said to be chemical type of vitiligo. Sunburn may worsen the condition so, apply a sun screen lotion to the exposed white spots before going into the sun light. 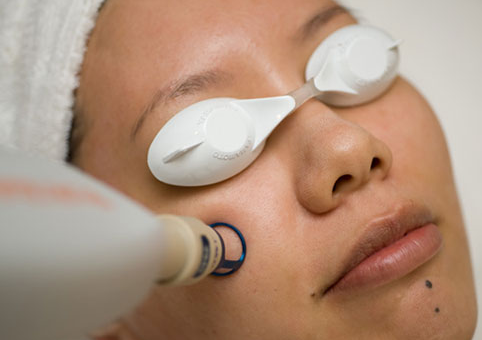 There are number of medicines available that restore the skin color or even normal skin tone.But some of them have serious side effects so always consult your before taking such kind of medicines.Here are some medicines that are commonly used to treat the condition of vitiligo but it is important to note that no medicine can completely cure the process o vitiligo(loss of pigment cells).

Topical corticosteroids are beneficial in the treatment of vitiligo because they may help to recover the normal pigment of skin(repigmentation) if we use them in early phases of the disease.Moreover, they use will reduce the inflammation and swelling which may be present in case of chemical type of vitiligo due to skin reaction.Long term usage of such medicines may cause serious side effects so always consult your doctor before taking such kind of medicines.

Topical calcipotriene (Dovonex) that is derivative of vitamin D is a cream that can be used in combination with corticosteroids to reduce the process of depigmentation.Possible side effects include dry skin, rash and itching.It is available as prescription product on drug stores and widely prescribed by dermatologists for the treatment of vitiligo.

It believes that idiopathic type of vitiligo has some connection with immune system. Immunosuppressants are sometimes used to treat idiopathic type of vitiligo. For this purpose topical preparation of immunosuppressants like ointments containing tacrolimus (calcineurin inhibitors) are used but they are effective for small areas of depigmentation especially on the face and neck.The Food and Drug Administration (FDA) has issued a warning about their long term usage  is associated with risk of developing lymphoma.

Combination of medications and light therapy