Retrolental fibroplasia (RLF) also known as Terry syndrome or retinopathy of prematurity (ROP), is an eye illness that affects premature newborns who are under neonatal critical care and oxygen therapy due to their premature lungs. This disease mostly affects the retinas of premature newborns.

Retinas are the light-sensitive inside lining of the eyes. The retinas of premature babies are not developed fully because the blood arteries that nourish them are not grown properly. 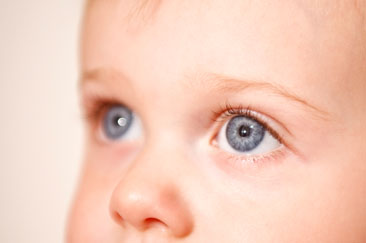 The mechanism of Retrolental Fibroplasia is as follows:

Thus, the process of retrolental fibroplasia becomes stationary at certain phases if detected timely but if not diagnosed at the early stages this process leads to the end stage which is complete blindness.

Premature newborns with retinopathy of prematurity (ROP) have an abnormal and uncontrolled formation of new blood vessels mostly in the posterior of the eye (the retina). The retina is the deepest tissue layer in the back of the eye where images are focused. It (retina) contains nerve tissues through which the light images are transformed into nerve impulses and transmitted to the brain.

The following are considered the risk factors for Retrolental Fibroplasia:

Retrolental fibroplasia is treated with the help of medical professionals, ophthalmologists, pediatricians, health care professionals, and neonatologists. The following treatment options are available for the disease:

Both therapies damage the retina’s outer portions, which may result in some side vision loss, although this is a minor drawback compared to the substantial loss of vision. The other new therapy is utilized for severe cases of Retrolental Fibroplasia. This new therapy is known as pharmacological therapy. It consists of Intravitreal injections of anti-vascular endothelial growth factor. The additional procedures are also used to treat retrolental fibroplasia in certain circumstances such as surgery and corrective glasses.