Pyostomatitis-Pyodermatitis vegetans (PV) is characterized as a very rare inflammatory cutaneous disorder majorly involving the oral cavities along with some other skin areas of the human body. This can lead to the eruption of the mucosal layers in the oral cavities as well as in the skin layers of some other areas of the body.  Pyodermatitis vegetans should be distinguished from the Pyostomatitis vegetans as it is characterized as skin disease and meanwhile stomatitis involves only the mucosal layers.

It is considered idiopathic as no major underlying cause for the occurrence of this clinical disorder has been explained. But this disease itself is considered a very important clinical marker for some serious inflammatory bowel disorders (IBD) including Crohn’s disease as well as ulcerative colitis. Rarely, it is also considered as an underlying clinical manifestation of orofacial granulomatosis.

Serious inflammatory bowel diseases such as Crohn’s disease or ulcerative colitis do not pose any clinical manifestations in most of the cases which makes it very difficult to diagnose leading to the difficulty in management. It is more closely connected with the ulcerative colitis than Crohn’s disease. Since the pyostomatitis vegetans is introduced as a critical clinical marker for the evaluation of these diseases, it is no longer tough to treat these diseases. When rare lesions are seen or identified in the oral cavities especially in the mucosal and gingival layer then the professionals must look for further signs which can make bases for the evaluation of inflammatory bowel diseases.

After the diagnosis of any type of IBD, the major focus should be on the treatment and management of pyostomatitis vegetans lesions and any other related systematic disorder as these can lead to the management of the specified diseases.

Pyostomatitis vegetans majorly affect the mucosal layers of oral cavities, vulva, eyelids, and nose which can experience a quick eruption leading to the fast progressions of the disease. It involves the occurrence of multiple pustules on the erythematic skin area which further undergoes necrosis under vulnerable conditions and results in the formation of “snail track appearance”. 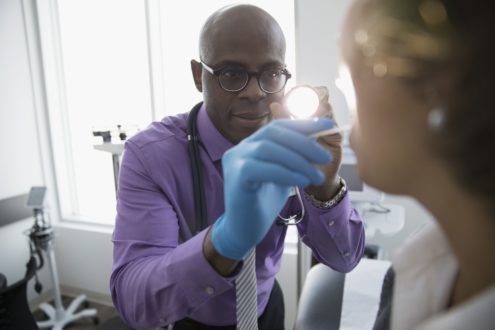 “Pyostomatitis Vegetans (PV) is a very uncommon and unfamiliar disease of the cutaneous tissues characterized by the occurrence of small, superficial yellowish pustules (nodules filled with pus) along with edema and erythema of the mucosal membrane majorly in the oral cavities.”

Pyostomatitis vegetans (PV) are majorly seen in the mucosal membranes of the oral cavities and the high involvement of these mucosal layers may lead to hypertrophic gingiva. All parts of the oral cavity are considered highly vulnerable for this disease except the floor of the mouth and the tongue.

Oral lesions are most readily diagnosed as these pose certain clinical features involving the formation of multiple pustules in the mucosal layers. These pustules are characterized by pus-filled nodules of varying sizes, yellowish to chalky white in color causing the redness in this specified affected area. These pustules are very likely to go under quick eruption and lead to the formation of superficial ulcerative layers which are commonly resembled with the snail tracts.

Most common clinical manifestations of oral lesions of pyostomatitis vegetans include;

There are many ways to diagnose pyostomatitis vegetans and the most common involves;

Its treatment is majorly focused on the management of underlying inflammatory bowel diseases (IBDs) ultimately leading to its management.

In some serious cases where the bowel diseases are associated may lead to the performance of colectomy to ultimately treat the lesions of mucosal layers. But in some cases where no associated IBDs are identified limits the treatment to few topical management options including;

Other systemic managements may involve medications including;