A disorder known as pyosalpinx occurs when pus builds up in the fallopian tubes. The fallopian tubes play a critical role in the female reproductive system by carrying eggs to the uterus from the ovaries.

Pyosalpinx happens when the pelvic inflammatory disease goes wrong (PID). PID refers to an infection that affects a woman’s reproductive organs. Pyosalpinx occurs in around 16% of all instances of PID. Other forms of infections, such as gonorrhea or tuberculosis, also often result in pyosalpinx. Women between 20 and 40 years old are most likely to get it.

At first, pyosalpinx’s pus-filled secret is a liquid that contains harmful microorganisms. Over time, it becomes thick and sterile. When the ovary is engaged in the process, it develops an abscess. The infection can spread to the fallopian tube if it is present in the endometrial mucosa. In addition, it is essential to diagnose and treat the pyosalpinx as soon as possible; failing to do so often results in pelvic peritonitis. 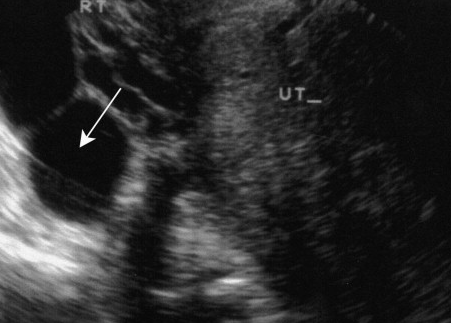 Pyosalpinx does not affect all women. The common symptoms are as follows:

Frequently, pyosalpinx is a complication of underlying pelvic inflammatory illness (PID). Inflammation causes fimbrial end blockage in addition to tubal and peritubal adhesions. Pyosalpinx is a tubo-ovarian abscess component. Due to a lack of drainage, pus builds up in the fallopian tube, causing pyosalpinx.

Another reason for pyosalpinx is septic inflammation in the fallopian tube brought on by infection. Infections often happen after diagnostic curettage, surgical abortions, pregnancy ending on its own, or giving birth. Pyosalpinx is often caused by gonococcal or septic salpingitis or adnexitis. Menstruation, the utilization of an Intrauterine device, and a decline in the body’s sensitivity all increase the risk of developing a pyosalpinx.

Pyosalpinx which is caused by a septic infection often only affects one side of the body, whereas gonococcal infections affect both sides. The pyosalpinx infection is either acute or chronic, depending on how it progresses.

Laparoscopy is the standard method for diagnosing a pyosalpinx because it is more precise and sensitive than clinical criteria and allows for pus to be drained for microbiological evaluation and culture. Surgery, in addition to antibiotics, detoxification, and immunostimulation therapy, is the only method now available for treating pyosalpinx.

The surgical approach relies on the patient’s age and the specifics of the pyosalpinx. If the fallopian tube needs to be saved in a young woman, salpingostomy is the best option. This involves puncturing the pyosalpinx, draining the pus, and cleaning the abscess chamber with antibiotics, enzymes, and antiseptics. Under ultrasound guidance, a series of three to five punctures are performed through the vaginal arch every other day.

During laparoscopy, the incision of the fimbrial portion of the tube using pyosalpinx is also possible. Laparoscopy enables several procedures, including the lysis of adhesions, the opening of purulent formations, sanitation or evacuation of the abdominal cavity, and intra-abdominal infusion of medication.

The blockage of hydrosalpinx most commonly occurs at the distal end of the fallopian tube, close to the ovaries; however, it is also possible for the condition to affect both ends of the tube. However, Pyosalpinx is characterized by the accumulation and subsequent swelling of pus within the fallopian tube. The word “hydrosalpinx” describes a condition in which the fallopian tube is dilated due to the presence of fluid. If the fluid looks like pus, it is a pyosalpinx.

Pyosalpinx is often diagnosed in several ways, such as by swabbing, getting a blood test to check for infection, imaging, or even surgery. The doctor sometimes uses a CT scan, an MRI of the pelvis, or an ultrasound of the pelvis for the diagnosis. On the other hand, if the fallopian tubes are wide open, the fluid will flow into the pelvic cavity directly from the tube openings. A hydrosalpinx is diagnosed by a doctor if the tubes are plugged and fluid cannot drain.

Hydrosalpinx is treated by removing the fallopian tube. Surgery is also required for the removal of further scar tissue, endometrial growths, or adhesions, depending on what caused the hydrosalpinx in the first place. Pyosalpinx is also treated conservatively with antibiotics, but surgical treatment in the form of salpingectomy is also required.