On 11thJanuary 2020, a team of the Jenner Institute at the University of Oxford started to make a vaccine for the COVID-19. They developed a recombinant viral vector vaccine. The vaccine developed was previously known as the Oxford Coronavirus vaccine (ChAdOx1) is now given name AZD1222 which is an adenovirus vaccine used in Chimpanzees for the common cold. The AZD1222 was modified to express the spike glycoproteins of SARS-CoV-2. AZD1222 has shown very encouraging and promising results during its preliminary study. Currently, the vaccine is undergoing clinical trials. 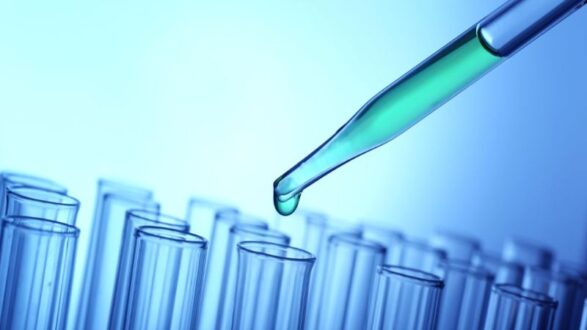 A paper issued on the bioRxiv preprint server by the Oxford UK vaccine group indicates that a single dose of the ChAdOx1, predominately in pigs, produces the immune response through antigen-specific antibodies and T-cells against SARS-CoV-2 whereas a booster dose increases the production of antibodies whereby increasing its neutralizing activity. As further stated by the Author:

“A single dose of ChAdOx1 nCoV-19 induces antibody responses, but we demonstrate here that antibody responses are significantly enhanced after a homologous boost in one mouse strain and to a greater extent in pigs.”

The human clinical trial of the vaccine prepared by the team at the University of Oxford started on 23rd April 2020. The purpose of the trial is to study the investigational vaccine in healthy individuals as well as to determine the wide range of age protected by this vaccine. To establish its safety, tolerability, and immunological profile in humans and to determine its side effects. The trial is randomized, single-blinded, and placebo-controlled. The trial is being carried out across multiple regions of the United Kingdom like Oxford, Southampton, Bristol, and London. The placebo used for this trial is the MenACWY vaccine which is a vaccine used for meningitis and sepsis. The MenACWY is used instead of saline water because does not have any side effect whereas with ChAdOx1 side effects are expected to be seen.

The inclusion criteria of the trial included individuals between the age of 18-55 years, have good health and are based on the enrolling region. The exclusion criteria included pregnant and breastfeeding women, those who are trying to get pregnant, and the ones who have taken part in any preceding trial of adenovirus or coronavirus vaccine. For Phase I/II, 1,077 volunteers were enrolled who randomly received ChAdOx1 or MenACWY vaccine. Another small subset of individuals (10 volunteers) received two doses of ChAdOx1 with a four-week gap. The volunteers were asked to note any symptoms they experience and if they felt unwell for the next three weeks. Their blood samples were collected during the subsequent follow-ups and was studied for the antigen-specific antibody and T-cell responses. Some of the side effects found are temperature, headache, and sore arm. There were no serious adverse effects reported. According to Professor Pollard,

“We saw the strongest immune response in the 10 participants who received two doses of the vaccine, indicating that this might be a good strategy for vaccination.”

The phase II/III included 10,560 elders and children volunteers from across the UK. The older population included was between the age of 56 years to over 70 years whereas children were between the age of 5-12 years. The purpose was to find how well vaccine works and responds in different age groups. Phase III included volunteers above the age of 18 years purpose of which was to assess how well the vaccine works on a larger group of population. The volunteers received a randomized dose of either the ChAdOx1 or MenACWY vaccine. To enroll a large number of people the trial is being carried out at multiple clinical research centers across the UK.  Professor Pollard expressed her thoughts about clinical trials as,

“The clinical studies are progressing very well and we are now initiating studies to evaluate how well the vaccine induces immune responses in older adults, and to test whether it can provide protection in the wider population. We are very grateful to the huge support of the trial volunteers in helping test whether this new vaccine could protect humans against the pandemic coronavirus.”

According to Sara Gilbert,

“The COVID-19 vaccine trial team have been working hard on assessing the safety and immunogenicity of ChAdOx1 nCoV-19, and preparing to assess vaccine efficacy. We have had a lot of interest already from people over the age of 55 years who were not eligible to take part in the phase I study, and we will now be able to include older age groups to continue the vaccine assessment. We will also be including more study sites, in different parts of the country.”

Phase III studies have also recently started in South Africa and Brazil. According to the article published in Lancet, the AZD1222 causes a four-fold increase in antibodies against SARS-CoV-2 in 95% volunteers whereas the T-cell response was at its weak on day 14 and was sustained for two months.

According to Professor Sarah Gilbert who is leading the team for the development of ChAdOx1,

“Vaccines have a different way of engaging with the immune system, and we follow people in our studies using the same type of technology to make the vaccines for several years, and we still see strong immune responses,”she further added:

It’s something we have to test and follow over time – we can’t know until we have the data – but we’re optimistic based on earlier studies that we will see a good duration of immunity, for several years at least, and probably better than naturally-acquired immunity.”

The SARS-CoV-2which is the cause of coronavirus disease 2019 (COVID-19) belongs to the family of Coronavirus. The word corona is derived from the Latin word “corona” which means “crown or wreath”. Since the virus has club-shaped glycoprotein projections on its outer surface due to which it is referred to as coronavirus.

These glycoproteins are an excellent target for the vaccines. The ChAdOx1, established at Oxford’s Jenner Institute, is primarily the Chimpanzee Adenovirus vaccine vector. It is genetically modified and replication-deficient therefore it does not cause any infection in immunized humans. This makes it safer for children, elders, and individuals with underlying diseases. This benign vaccine is used in Chimpanzees for the common cold where it acts by paralyzing the Adenovirus. Chimpanzee Adenovirus vaccine vector has been extensively and safely studied on thousands of individuals, between the age of one week to 90 years, aiming for more than ten different diseases such as heart diseases, diabetes, etc.

The ChAdOx1 vaccine is made by the use of ChAdOx1 vaccine technology. This technology is used for the SARS-COV-2 since the other vaccines prepared by the use of this technology were able to produce an effective and strong immunological response after one single dose. The Oxford coronavirus vaccine has encoding for the spike glycoproteins present on the outer surface of the SARS-CoV-2. When the vaccine enters the human cells it triggers the production of the spike glycoprotein of the SARS-COV-2. This leads to the initiation of the immune response in immunized individuals by producing neutralizing antibody and T-cell responses. Later when the SARS-CoV-2 will enter the body of an immunized individual, the immune system will recognize the virus and will attack it.

“We are encouraged by the Phase I/II interim data showing AZD1222 was capable of generating a rapid antibody and T-cell response against SARS-CoV-2. While there is more work to be done, today’s data increases our confidence that the vaccine will work and allows us to continue our plans to manufacture the vaccine at scale for broad and equitable access around the world.”

If the clinical trials are successful, the first vaccine will be available by 2021 and AstraZeneca has promised to supply 2 billion doses of vaccines.

It is still too early to make any remark on the cost of the vaccine. AstraZeneca has made a statement about being able to manufacture the vaccine at a price of a few dollars and they do not intend to make a profit from the vaccine during the pandemic. The expected price of the vaccine might be between 2-4 $.