Jaccoud arthropathy is manifested by joint abnormalities that resemble rheumatoid arthritis (RA), but are actively correctable and lack bone loss on radiographs without contrast. The pathophysiology of Jaccoud arthropathy is still unknown, and definitive diagnostic criteria are not established yet. A localized inflammatory process in the periarticular soft tissues is identified as the primary cause.

However, in older, well-established abnormalities, the function of the implicated joints is restricted as a result of contractures caused by local residual fibrosis. Even though Jaccoud Arthropathy is ‘reversible’ and painless in certain cases, it is linked to significant reductions in quality of life. 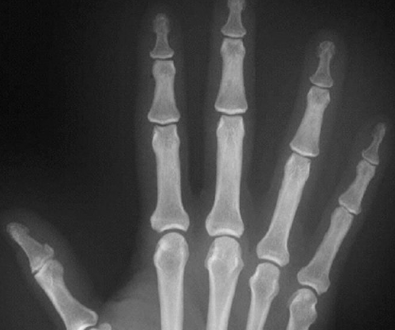 The several symptoms or signs of this disease are as follows:

The initial radiographic bone shows a hook-like degradation of the metacarpal tip on the radial and palmar portion of their boundary in an anteroposterior projection. Plain X-rays typically demonstrate abnormalities and subluxations in individuals with Jaccoud Arthropathy.

” Hook” erosions can happen on the radial palmar side of the metacarpal heads. These erosions are different from the “margin” erosions that happen with rheumatoid arthritis.

Inflammation, obliteration of bone and cartilage, or degradation of articular surfaces are not symptoms of Jaccoud’s arthropathy. Most people with Jaccoud’s arthropathy do not have an abnormal ESR or rheumatoid factor test. Although the hands are most frequently affected, this illness has also been found to affect the feet.

Because the clinical symptoms of Jaccoud Arthropathy are similar to rheumatoid arthritis, it is critical to recognize the risk of misdiagnosis, which leads to ineffective treatment. Madelung’s deformity is an important differential diagnosis to consider. Madelung deformity causes several changes to the body’s structure. These changes cause biomechanical changes that lead to a smaller range of motion, less grip strength, and often pain. There is a hereditary element in the majority of patients with this illness.