“Heschl’s gyri or Heschl’s convolutions is commonly called as the transverse temporal gyri which are mainly located in the primary auditory cortex that invasively lies within the adjacent sulcus of the brain, covering the 41, 42 Brodmann’s area and characterized as the very first cortical part to be able to process the all incoming auditory signals.”

In this area of the brain, another cortex is located which is responsible for the language generation and called planum temporale which is inferior and discretely separated from the transverse temporal gyri. The number of transverse temporal gyri varies from person to person and they are located in more than one number in both right and left hemispheres. According to various studies the varying degree of number is not dependent upon the location on the hemisphere in any way. The presence of one gyrus on the hemisphere results in an omega shape meanwhile, two or multiple numbers may lead to the formation of a heart shape.

This area is referred to as the primary cortical projection region held responsible for the processing of all the auditory signals coming from the specified auditory nuclei of the thalamus. 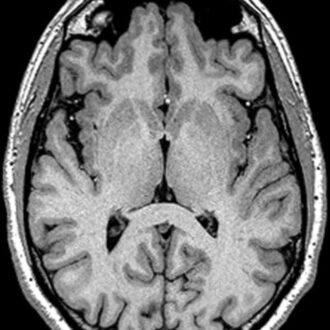 Heschl’s gyrus also called transverse temporal gyrus, is considered as a part of the temporal lobe and consists of Brodmann area 41 and 42 generally named as the primary auditory cortex. It is located adjacent to the other cortex named planum temporale (entirely responsible for the language formation) and superior temporal gyrus. It is entirely invaded and hidden within the Sylvian fissure of the human brain.

Superior temporal gyrus is considered responsible for the auditory cortex in human beings. All the major parts of the first transverse temporal gyrus are located in the primary auditory cortex that lies on the upper portion of the gyrus and the other parts may extend to the adjacent invade into the superior temporal gyrus originating from the retroinsular area. Occasionally, the intermediate sulcus may tend to suppress the crown of the gyrus at its longitudinal which has defined the shape of a mushroom. Thai sulcus can divide transverse temporal gyrus either completely or partially resulting in the formation of two duplication named rostral and caudal parts.

Anatomically, the transverse temporal gyri are discretely different from other temporal lobe gyri as they run from front to the backside in the brain but it runs toward the center of the brain (mediolaterally).

The major function of the transverse temporal gyri is to process the incoming auditory signals. Their ability to perform this task depends upon the location on the hemisphere as the gyri present on the left side of the hemisphere may have varying capacities from the ones present on the right side. Many studies have shown that the gyri located on the left hemisphere have significantly greater capacities and rate (33 Hz) to process the auditory information meanwhile the rightly located gyri have the only capacity of 3 Hz.

Additionally, these varying rates of processing are also considered to be dependent upon the volume of cortex present in the gyri that are associated with the rate. As the left part of the hemisphere is observed to be more active during the processing of the incoming auditory information. The greater volume of white matter enhances the quick auditory input rate but in some other studies the volumes of white and grey matter are not considered responsible for any of these processing rates.

Any damage to this specified portion of the human brain leads to the critical outcomes but it has been stated that the bilateral damage may not lead to the complete diminishing of the auditory abilities of this region. However, extensive damage to this area can lead to the development of a clinical condition named as auditory agnosia.

This condition is typically described by the inability to understand the words (verbal deafness) and inactivity to respond to the differentiation requirements of the verbal voices from the non-verbal voices.

The damage can also result in difficulty among humans to perceive the organization of common voices which leads to the development of a temporal auditory disorder characterized by the inability to understand the voices across time. In the case of these damages a secondary auditory system is located by nature to overcome the drastic impacts of these unwanted situations.

The occurrence of bilateral lesions in the area of Brodmann 41 and 42 can lead to the development of various critical clinical conditions. That may include;

Deafness and dysarthria are experienced among patients when the lesions may develop in the subcortical structures including; projection fibers from medial geniculate structures or colliculi to auditory cortices.