The full name of Delta f508 is CFTRΔ508 or F508del-CFTR and commonly graded as a mutation. These mutations can be replacements, duplications, deletions or shortenings which may lead to the non-functionality, less efficiency and/or quick degradation of the affected proteins.

If a mutation occur on chromosome 7 and cause the deletion of three nucleotides covering the two positions of 507 and 508 of the CFTR gene which ultimately leads to the defect in production of amino acid phenylalanine (F). A person in which this mutation occur causes the production of abnormal CFTR protein which does not fold properly due to lack of phenylalanine residue in this protein. These kind of proteins lacks the further processing and degrades more quickly. If a person happens to have a two copies of this mutation then it causes cystic fibrosis (CF) which is responsible for approximately two third of the cases. 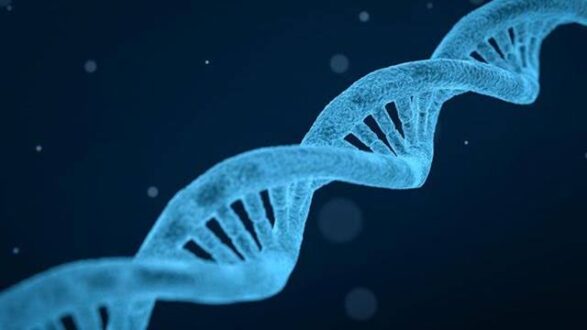 The major signs and symptoms of the cystic fibrosis caused due to the delta f508 mutation are established and include the following;

These mutations are genetic and representation of these related symptoms start to appear in infancy as the bowel obstruction is observed in the newborn babies having this disease. With the growth of the children mucus release in the alveoli starts which is followed by the mutated proteins causing the abnormality in mucus production. Children also face growth abnormalities such as poor weight gain and restricted increase in height at the same time and rate as their peers. These abnormalities like poor growth is occasionally not diagnosed until taken under serious observation. Food intake is never the cause for this disease but it shows some multifactorial causes including chronic chest infections, poor absorption of the nutrients through the gastrointestinal tract, and increased metabolic damage due to the chronic illness.

Delta f508 mutation is an inherited disease followed by the autosomal recessive pattern of mutations. This mutation is the deletion of three nucleotides which results in the defected manufacturing of the protein by the loss of amino acid phenylalanine at the 508th position in this specified protein. Approximately 66-70% cases of cystic fibrosis are caused due to this mutation worldwide and almost 90% of the cases in the United States. However, there are more than 1500 other mutations which can cause cystic fibrosis. Most of the population contain two working alleles of the CFTR gene and for the development of the cystic fibrosis both are needed to be non-functional. Thus cystic fibrosis is known as an autosomal recessive disease.

There is no established cure for the cystic fibrosis. Hence, several treatment methods have been recommended by the professionals. They have also tried to improve these methods over past 70 years which has improved the quality of life for the infants when they enter to their adulthood. These developments have helped the patients with the cystic fibrosis to live a normal and energetic life with lesser interference by the condition.

This condition is made better to live with, by finding the best treatment options to help the signs and symptoms faced in this disease such as the lung infections. As the lung infection is the most trouble making symptom along poor growth in this disease which lower the quality of life. This can be treated proactively by treatment of airway infection and adoption of good lifestyle with good nutrition.

Usually the treatment options selected for the cystic fibrosis somehow compromise the organ functions because of the diversity of symptoms and the aim to cure all of the symptoms at a time. So, in order to avoid this situation, professionals majorly target the symptoms appearing at the lungs and gastrointestinal tract. One treatment option for the cystic fibrosis patients is the pulmonary rehabilitation which continues throughout the life and its basic aim is to increase the organ function up to the maximum level and therefore improving the quality of life. In this intravenous, inhaled and oral antibiotics are prescribed to treat the infection by lowering the amount of accumulated mucus. In some patients having significantly low oxygen levels, oxygen therapy is recommended by the therapists.

As these therapies are effective but can be extremely time consuming.