“Chronotropic Incompetence (CI) is characterized by the lack of ability of the human heart to enhance the expected rate in response to the increased physical activity resulting in high metabolic demands of the body.”

In general, the human heart reacts in a few tolerated ways in response to the enhanced physical activity which may include;

Attainment of normal heart rate following the gradual and slow reduction at the end of the specified physical activity.

This is a general process that needs to be followed for the proper functioning of the heart. But in some cases, the first step which involves the immediate enhancement in the heart is compromised and accounted for as the inability or incompetence of the heart. Many factors are taken into consideration for a better understanding of this situation involving the age, exercise capacity, physical fitness, organic cardiopathy and/or cardiac functions, etc. This incompetency is also referred to as the insufficiency to respond to the expected age-predicted heart rate. It has been also stated that the vagal withdrawals leading to the enhanced ventricular heart rate are the major markers contributing to the increased heart response and inability to achieve it is generally referred to as the ACI (Atrial chronotropic incompetency).

Chronotropic incompetency (CI) is an independent marker for the evaluation of the cardiovascular system’s mortality. Hence, it is the most underrated predictor in the cardiovascular disorders which needs to be taken under serious consideration.

This condition is very common and can be diagnosed by very cheap, independent and readily available techniques. The diagnosis mainly involves the understanding of the few factors regarding the patient, including the relationship between the age and the MPHR (maximum predicted heart rate). An equation is used to estimate this relationship acquired MPHR which is concluded as abnormal if the evaluated value is less than 75% (variation of 15-20% from the normal value must be taken into consideration). 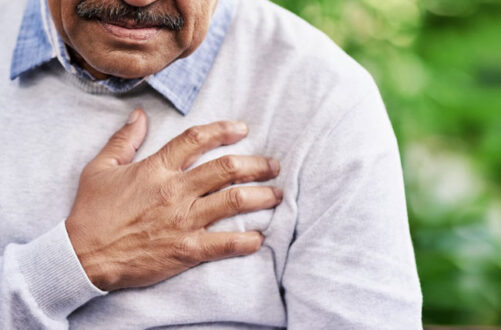 This is considered as an independent marker for the prediction of further serious cardiac disorders. So, the understanding of the sign and symptoms of this disease is very crucial to resist further damage. The most common symptoms may include;

These above-stated symptoms can lead to the further more complicated cardiovascular disorders.

Proper management of the symptoms is mandatory to cut off the further fatal risk to the lives of patients which can lead to improved exercise tolerance as well as the quality of life. If this independent predictor of mortality is taken under consideration at the right time then the life expectancy can be enhanced among the affected population.

There are various underlying conditions are explained by the professionals which can be accounted for the adoption of chronotropic incompetency (CI) and these may include;

The professionals suggest that this independent predictor of mortality is potentially treatable by the practice of various potential ways including;

Pacemaker implantation:It is a process in which the sensor regulated pacemakers are implanted in the heart that works in the mimicking technique that ultimately improves the heart rate to meet the expected enhanced metabolic needs of the body.

Exercises: It is mainly considered as a prophylactic treatment (precautionary treatment provided to the healthy individuals) which helps to maintain the chronotropic responses of the body. But these professional-recommended exercises also help the patients who present the symptoms of CI. As these ultimately enhance VO2 in the body which results in the adoption of exercise tolerance.