A dangerous and sometimes fatal disorder of the heart is anteroseptal infarction. The septum, or wall that separates the heart’s left and right chambers, is damaged in anteroseptal infarctions. A section of the heart’s blood flow is significantly reduced as a result of this condition’s consequences, which often leads to tissue death. The heart is supplied with blood by three major arteries.

If this ailment becomes serious enough, it causes major blood restriction to essential organs. Organs become permanently damaged and even fail if they are deprived of blood flow for an extended period.

Because the risk of death from an anterior-wall MI (Myocardial infarction of the anterior wall) is highest in the first 24 to 48 after the onset of symptoms, rapid diagnosis and treatment are essential for maintaining myocardial function and preventing complications. In most cases, the first sign is the pressure that originates in the lower abdomen and spreads to the back, jaw, left side of the neck, or left arm. Acute myocardial infarction (MI) occurs at any moment, however, it most commonly occurs within three hours after getting up, and the discomfort typically persists for thirty minutes or more. Additional signs and symptoms include, 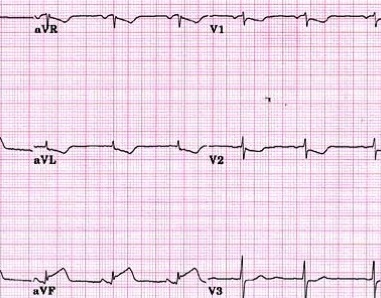 The occurrence of anteroseptal infarct is not very prevalent. Acute myocardial infarction, often known as a heart attack, is caused by a total lack of blood flow to the heart’s muscles and tissue, while this condition is caused by a gradual reduction in that flow. Myocardial infarction results from untreated anteroseptal infarcts, which mostly lead to arrhythmias, blood pooling, and embolus formation due to blood clotting.

The main suspected cause of infarcts is plaque accumulation. They stop blood flow by building up on the walls of arteries and slowly getting bigger over time. These plaques can also break and obstruct blood flow elsewhere.

When a patient initially enters the hospital, a thorough examination of their symptoms is recorded. Patient’s ECG/EKG is performed. The results of an EKG give the doctor a clear picture of the electrical activity of the cardiac muscles and help pinpoint the location of any potential damage.  An electrocardiogram (ECG) reveals both new and old heart problems.

Additional diagnostic techniques include blood tests for biomarkers, which are released into the bloodstream following a blood vessel infarction.

In addition, more recent studies use cardiac magnetic resonance and echocardiography imaging on MI patients with ECG changes on V1 and V2 leads. The anterior basal septum is rarely affected, but the apical and anterolateral myocardial segments are afflicted most frequently.

Medication that stimulates the heart is used to treat an anteroseptal infarction. Other drugs are utilized to break up the arterial blockage that is responsible for the issue. Surgical intervention is necessary to avoid further harm to the heart in case of ineffective drugs.

When an artery is entirely clogged, a bypass operation is usually chosen as the treatment of choice. If many arteries are obstructed, stents are mostly implanted to guarantee that blood freely flows through all arteries. 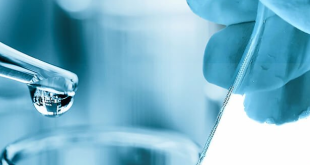