It is a very rare disease of central nervous system which affects the brain and spinal cord at the same time. When the recurrent bleeding happens into the subarachnoid space then it leads to the accumulation of hemosiderin deposits in the subpial layers of the brain and spinal cord.These hemosiderin deposits are basically the accumulations of the iron resulting from this blood. In some cases this disease is referred as superficial hemosiderosis in which the iron deposits from the blood seepage leads to the deposits in the neural tissues and this has association with the cerebrospinal fluid.

Due to these deposits some complications are being observed in the nervous system which are classified as neuronal loss, gliosis and demyelination of the neuron cells.

For the very first time in 1908, this disease was discovered by R.C Hamill while he was performing an autopsy. Initially this disease could only be detected while performing a post-mortem because till then no technology was discovered to detect it in a living body. But later on, the discovery of MRI technique made this detection possible and the cases of this disease also increased in number but it was not enough enhancement to come out from the scope of rare diseases. Only 270 cases were reported till 2006 and most of the affected population was male which was approximately three times higher than female. 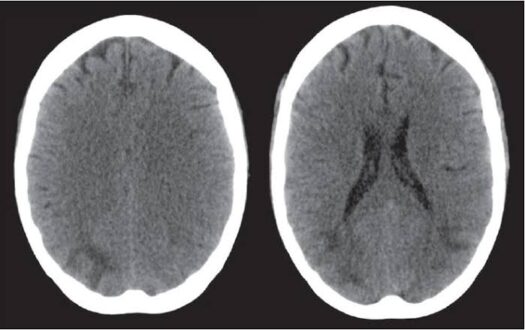 As this disease is very rare with a less understanding of the condition but the developments in MRI technique has made a lot of things clear and more understandable. The reasons behind the unintended bleeding are still unclear to some extent but the consequences can be stated clearly. When the blood accumulate in the arachnoid spaces and stays there for a longer time because of the lack of detection, then this prolonged contact of hemoglobin iron stimulates the brain’s microglial cell’s ability to biosynthesize “ferritin”. This ferritin production is considered to be harmless to brain until this excessive deposit shatter and cause damage to the neural tissues. The detailed progression behind this damage is the subsequent free radicals and lipid peroxidation caused by the over production of the ferritin by the microglial cells leading to the ultimate neural damage.

This progression can be controlled by pointing out the real reasons behind this bleeding and then rooting out these reasons permanently to avoid the re-occurrences.

This disease needs to be diagnosed and the patient should be started on the treatment at the early stages in order to stop the progression of the condition. As the causes of the disease are not well understood which limits the proper treatment and leads to the low expectancy of life in the patients. As the delayed treatment of superficial siderosis leads to the more complicated medical situations such as brachial plexus avulsion injury, chronic subarachnoid hemorrhage which may lower the rate of life expectancy. As well as the sign and symptoms of these conditions are progressive and fatal.

The major underlying causes for superficial siderosis are unknown making its diagnosis and treatment really difficult. The most common cause is unintended bleeding in the subarachnoid space of the central nervous system. But the reasons behind this happening are still a mystery but a few assumptions have been made by the professionals which somehow make sense of the whole situation. These reasons may include;

But in most of the reported cases the basic reason for this bleeding in the central nervous system was never found.

In such situations an alternative is adopted which involves the pharmacotherapy (use of medications) in which deferiprone is prescribed. Deferiprone is a lipid soluble iron chelator which has the ability to penetrate through the blood brain barrier and produce effective outcomes. But this treatment option also has a limitation which is the side effects associated with this drug. After the administration of the drug patient should be kept under observation to keep a frequent record of blood tests as this drug may lower the levels of WBC and neutrophils etc. These low levels may not harm a healthy person but in the diseased individuals suffering from superficial siderosis it may cause life threatening infections leading to the death.