Learn all about respiratory  disorders and their treatment!

Respiratory disorders also termed as airway disorders have diverse causes but share certain common pathophysiologic and clinical features. Airflow limitation is a characteristic feature and frequently causes dyspnea and cough. Other symptoms are common and typically disease-specific.They usually affect  alveoli, bronchi, bronchioles, trachea, pleura and pleural cavity and upper respiratory tract. Respiratory disorders can be a mild malady like asthma, or fatal diseases like lung cancer, pulmonary embolism and bacterial pneumonia. Below we look at some of the common respiratory disorders. 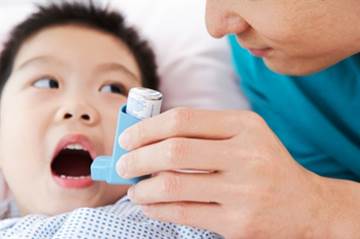 Respiratory disorders is a group of disorders ranging from mild to chronic. Some disorders appear mild but they affect other organs in the body (mild obstructive pulmonary disease causes heart problems). Some of the most common chronic respiratory conditions are as follows.

Asthma is characterized by episodic or chronic symptoms of airflow obstruction followed by reversibility of airflow obstruction, either spontaneously or with bronchodilator therapy.Symptoms frequently worse at night or in the early morning.Exposure to allergens or irritating substances like mold,  pollen, smoke, stern physical activities, foods like nuts and berries and animal dander cause the airways to swell and narrow the airflow passage, due  to which excess mucus is produced, that further irritates the throat, triggering cough and shortness of breath.

The goals of asthma therapy are to minimize chronic symptoms that interfere with normal activity (including exercise), to prevent recurrent exacerbations,  to reduce or eliminate the need for emergency department visits or hospitalizations.Medications like oral and intravenous corticosteroids, short-acting  beta agonists and ipratropium (atrovent) can give quick relief to asthma patients. Long-standing medicines like long-acting beta agonists,  leukotriene modifiers and inhaled corticosteroids are prescribed for severe asthma condition.Owing to the life-threatening nature of severe exacerbations of asthma, treatment should be started immediately once the exacerbation is recognized.

pneumonia especially Community-Acquired Pneumonia is characterized by fever or hypothermia, tachypnea, cough with or without sputum, dyspnea,  chest discomfort, sweats or rigors (or both).It is common in children younger than the age of 2 and adults older than 65. Pneumonia agitates the air sacs in the lungs  by producing phlegm that causes cough with phlegm, chills, fever, and breathing with obstruction.Community-Acquired Pneumonia(CAP) occurs when there is a  defect in one or more of these normal defense mechanisms or when a large infectious inoculum or a virulent pathogen overwhelms the immune response.

Treatment of pneumonia based on two basic principles one, established the diagnosis of disease and second, promptly initiate antibiotic therapy with a broad spectrum antibiotic agents like moxifloxacin, clarithromycin and levofloxacin.Various types of bacteria and viruses cause this infection and medications depend on the severity of the infection and age of the patient.To prevent pneumonia in little children, make sure that they have been vaccinated.

Emphysema is a type of air-way disorder characterized by abnormal permanent enlargement of air spaces distal to the terminal bronchiole, with destruction  of their walls and without obvious fibrosis.Most common causes of emphysema are air pollution, polluted fumes, silica dust and tobacco smoking including  marijuana and weed. Emphysema usually crops up when the air sacs in the lungs are damaged, causing dreadful shortness in breath.The pathogenesis of emphysema may involve excessive lysis of elastin and other structural proteins in the lung matrix by elastase and other proteases.

The progression of emphysema is slow and damage occurred by emphysema cannot be reverted.However, drugs like bronchodilators, steroids and antibiotics can delay the progression of the disease. Lung volume reduction surgery and pulmonary rehabilitation therapy also help with this disease.

Bronchitis is a common respiratory infection that causes inflammation of bronchial tubes lining, which are responsible for exchange oxygenated and deoxygenated  air from your lungs.This results into disruption in the airflow. It is caused by severe cold or any other respiratory infection. There are two types of bronchitis, acute bronchitis  and chronic bronchitis. The chronic form progresses slowly but it remains for a longer duration of time.

Symptoms of bronchitis include phlegm,cough, fatigue with fever and chest discomfort.Treatment of bronchitis requires some broad spectrum antibiotics like moxifloxacin, levofloxacin and clarithromycin because this infection cannot be cured by just over-the-counter drugs(OTC).Air Humidifier and OTC pain relievers  and broad spectrum antibiotics are highly recommended for acute bronchitis but in case of chronic bronchitis pulmonary rehabilitation therapy is highly recommended.

Pulmonary embolism is less common type of pulmonary disorder but not the least.It is common in patients who have problem of thrombo-embolic phenomenon having blood clots circulating in their blood known as emboli.  These blood clots or emboli causes obstruction of air-ways when they reach into pulmonary area through blood circulation.The symptoms usually include severe
cough with blood-tinged sputum, sudden obstruction in breathing with awful chest pain. These symptoms can be caused by some other infection  So, proper diagnosis is required in case of pulmonary embolism.

Lung cancer is a common type of cancer that destroys or deteriorated the lungs cells or alveoli.Diagnosis of lung cancer is difficult it is because it is an invisible attacker  and only shows symptoms when the disease has progressed. Lung cancer usually occurs in men and women who are habitual smokers, and it is the primary cause of  cancer deaths. Symptoms include chronic cough with blood, nasal and chest obstruction, breath shortness, and weight loss.Researchers believe that genetic predispositions in combination with some environmental factors play important role in the development of lung cancer.

Chronic obstructive pulmonary disease(COPD) restricts air passage in the lungs and causes shortness of breath. It is usually common among people above the age of 60. The pathogenesis of Chronic Obstructive Pulmonary Disease is strongly associated with smoking and other environmental factors.

Hay fever also known as allergic rhinitis.It caused by inhalation of pollens which are present in air in a great number during spring season.. Hay fever occurs most commonly in children and adults, and is common respiratory disorder.

Chronic sinusitis is characterized by inflammation of one or more sinuses which causes blockage of sinus.Symptoms of Chronic Sinusitis the swelling of the sinuses, production of excess mucus, or septum deviation causes drainage obstruction.

Bronchiectasis is a congenital or acquired disorder of the large bronchi characterized by permanent, abnormal dilation and destruction of bronchial walls. It is usually caused by chronic COPD, cystic fibrosis, tuberculosis, measles and short antibody level.Out these causes of cystic fibrosis is responsible for half of the all cases of bronchiectasis.

Occupational lung diseases occur in people who work in harmful environment like coal, dust, and silica. This causes scarring of the lungs (pneumoconiosis).