Learn all about Paraproteinemia and the symptoms associated with it. A paraprotein is a monoclonal immunoglobulin or light chain present in the blood or urine; it is produced by a clonal population of mature B cells, most commonly plasma cells. In individuals aged >50 years the incidence of a paraprotein is 3.2%.

A paraprotein is detected by serum protein electrophoresis and then further characterised by immunofixation. The most common condition linked with these abnormal proteins is monoclonal gammopathy of undetermined significance (MGUS). It is not cancer. But people with MGUS have a greater risk of getting serious diseases of the bone marrow and blood. A wide range of mature B cell disorders may be associated with a circulating paraprotein.

In a review of more than 1000 cases of M‐protein seen at the Mayo Clinic the underlying diagnosis was MGUS (51%), multiple myeloma (18%), AL amyloidosis (11%), lymphoproliferative disorder (4%), and other disorders such as smouldering myeloma or solitary plasmacytoma (16%). In conclusion, paraproteinemia is a medical condition in which the paraprotein levels are elevated. This condition is often found in association with immunoproliferative diseases and especially cancers of the bone marrow.

The diagnosis is made through serum electrophoresis and, often times, further methods of investigation are required for the confirmation of such health problems. The condition is usually detected incidentally during a routine check-up when a blood test shows an increase in the blood protein level. The diagnosis is then confirmed by having a particular blood test called a serum electrophoresis test which identifies the abnormal antibody.

Many of the treatments for paraproteinemia are chemotherapy agents that may have significant impact on lifestyle. Psychological support for both the patient and family is often needed. As lifestyle modifications generally recommended in clinical practice, patients are counseled to remain as active as possible, abstain from alcohol, and stop smoking, if applicable. 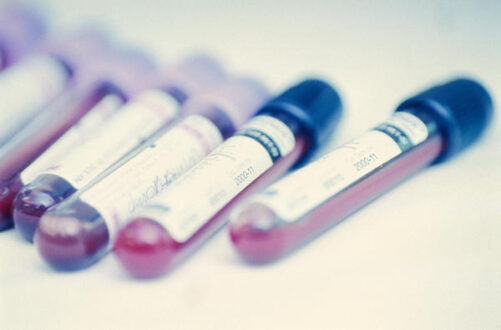 Paraproteinemia represents a group of related diseases characterized by an unbalanced or disproportionate proliferation of immunoglobulin-producing cells, usually from a single clone. These cells frequently secrete a structurally homogeneous immunoglobulin (M-component) and/or an abnormal immunoglobulin. Plasma cell disorders can be considered as a spectrum of conditions ranging from monoclonal gammopathy of undetermined significance (MGUS), through asymptomatic, to symptomatic myeloma.

Paraproteinemia can be defined as a medical condition, in which excessive quantities of paraprotein are present in the blood. This condition is also known as monoclonal gammopathy (excessive amounts of monoclonal gammaglobulin in the blood). It is usually due to an underlying immunoproliferative disorder or hematologic neoplasms, especially multiple myeloma. It is sometimes considered equivalent to plasma cell dyscrasia.

Paraproteinemia symptoms include the followings;

Paraproteinemia causes are as under;

Paraproteinemia treatment first aims for paraprotein quantity reduction and the diminishing of cells producing the paraproteins, which may lead to improvement of neurological symptoms. IgM Paraproteinemia sometimes responds to immunotherapies, but the potential benefits should be balanced against possible side effects, as well as the typically slow disease progression IgG and IgA PDN may be indistinguishable from chronic inflammatory demyelinating polyradiculoneuropathy clinically, electro physiologically, and in response to treatment. Treatment of symptomatic patients includes chemotherapy and supportive therapy aimed at the correction of anaemia and hyper viscosity. The presence of paraprotein-related vasculitis or AL may also require treatment modification Intravenous immune globulin (IVIG).