Learn all about panhypopituitarism prognosis, symptoms, causes and treatment options. The pituitary gland is called the master endocrine gland of the body because it controls the function of other endocrine organs.

Acquired panhypopituitarism can occur as a result of tumors in the pituitary gland. It can also arise due to head injuries, radiation treatment, autoimmune conditions, stroke, brain infections, or brain surgery. If doctor suspects a pituitary disorder, he or she will likely order several tests to check levels of various hormones in your body. Your doctor may also want to check for hypopituitarism if you’ve had a recent head injury or radiation treatment that might have put you at risk of damage to your pituitary gland. 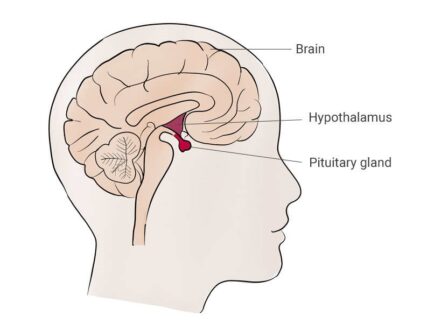 Panhypopituitarism prognosis depends on the treatment. If hormone replacement therapy is adequate, the prognosis is good. Complications are often related to the underlying disease. You can expect a normal life span, as long as you regularly take the medications recommended by your doctor.

Symptoms depend on which hormone or hormones are missing. Some of the symptoms are;

Panhypopituitarism treatment depends on the severity of disease. Oral replacement is usually with hydrocortisone, usually administered twice daily but can be administered 3 times daily. Prednisone may be considered advantageous because of twice-daily dosing (at about 20-25% of the dose for hydrocortisone). Treatment with the appropriate hormones is often the first step. These drugs are considered as “replacement,” rather than treatment, because the dosages are set to match the amounts that your body would normally manufacture if it didn’t have a pituitary problem. Treatment may be life-long.