Kidney stones are formed due to low urine citrate excretion. Citrate prevents the production of stones by forming a compound with calcium in the urine, reducing spontaneous nucleation and preventing crystal growth and agglomeration.

Hypocitraturia is a frequent metabolic disorder that affects between 20% and 60% of stone-forming individuals. Hypocitraturia is often caused by a high-protein diet, gastrointestinal dysfunction, a low-alkali diet, distal renal tubular acidosis, and hypokalemia.

Hypocitraturia should be treated with a mix of dietary changes, oral alkali, and maybe lemonade or another citrus-based therapy. 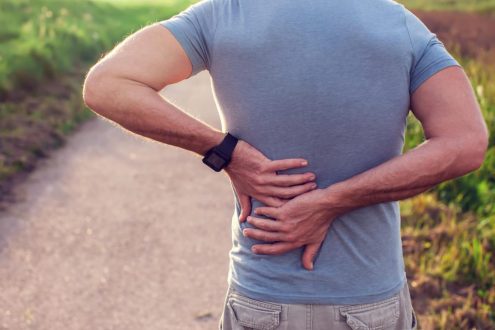 The most common cause of hypocitraturia is idiopathic (unknown), but it can also be caused by Renal tubular acidosis (RTA), hypokalemia, intestinal dysfunction, and a high-protein, low-alkali diet. Other comorbid conditions, genetic factors, and drugs also play a role.

The causes of hypocitraturia are as follows:

There is a significant acid load in diets containing a lot of animal protein. This causes moderate metabolic acidosis, which results in decreased citrate excretion, hypercalciuria, and a decrease in the pH of urine excreted. Diets that are very carbohydrate-restricted and high in animal protein, such as the Atkins diet, aggravate metabolic acidosis by producing ketones.

Atkins-type diet fosters lower urine pH and citrate secretion at its maintenance and induction stages as compared to a regular diet. Citrate excretion may also be influenced by other types of dietary protein.

Citrate excretion may also be influenced by other types of dietary protein. Rats fed with a high-casein diet, for example, excrete less citrate and more calcium. The increased activity of the NaDC transporter generated by casein is assumed to be the cause of the lower citrate excretion in these animals.

Fruits, vegetables, and dietary fiber, which are commonly under-consumed by stone victims, provide an alkali source that can counteract the effects of protein ingestion. Normal people had lower urine citrate excretion and higher calcium oxalate and calcium phosphate saturations when these foods are removed from their diets; however, increased consumption of fruits and vegetables has the reverse effect.

Urinary citrate is reduced by high-sodium diets, probably due to a moderate expansion of acidosis. Finally, it has been demonstrated that fasting increases citrate absorption by increasing NaDC transporters and causing systemic acidosis.

Hypocitraturia should be treated to resolve the underlying disease that results in decreased urine citrate. Obtaining a modest metabolic alkalosis to raise urine citrate is recommended if the patient has idiopathic hypocitraturia. The use of citrate preparations or other alkalis has been shown to help hypocitraturia patients.

Potassium citrate is the best and most acceptable medication for the treatment of hypocitraturia patients. These citrate preparations provide an alkali load, which raises urine citrate. Potassium citrate is effective in raising urine citrate levels in 80-90 percent of hypocitraturia patients. Recurrent stone development is less likely as a result of this.

The treatment of this asymptomatic disease is mostly done by keeping a healthy lifestyle through the use of a less proteinic diet.