Learn all about cognitive disabilities and their treatment! 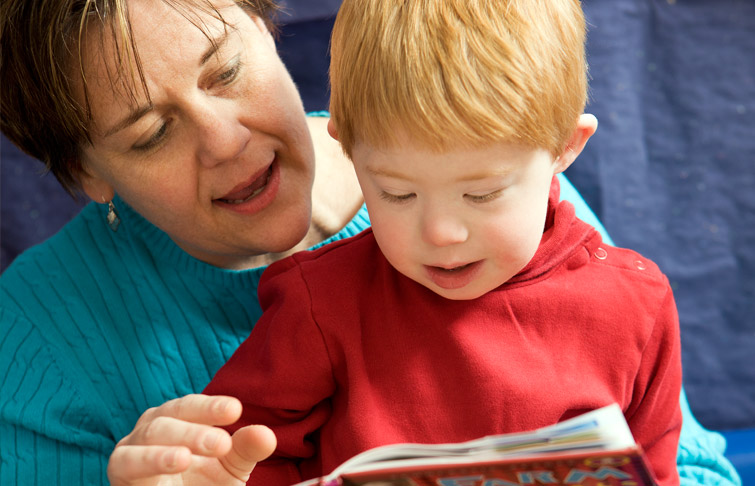 Some of the typical cognitive disabilities include autism, traumatic brain injury, dementia,  attention deficit-hyperactivity disorder and learning disabilities. Let us have a look at these  disabilities in detail.

Autism disorder (classical ASD) is one of the most common cognitive disorders which belongs to a set of  developmental disorders called autism spectrum disorders (ASDs).Number of children being affected by  autism is increasing day by day. Exact cause of autism is still unclear but it is believed that genetic  predispositions play very important role in the development of autism.Autism reduces the ability of an individual  to socially interact and have smooth verbal and nonverbal communication. Autistic patients show repetitive behaviors and are driven towards obsessive interests.

The exact diagnosis of autism is little difficult because it’s symptoms are similar to some other cognitive disabilities and these symptoms vary from person to person.Many scientists believe that  certain genetic and environmental factors are responsible for autism in children. To this day autism is incurable, but there are several therapies to improve specific behaviors in the patients or have proven helpful in controlling this disorder.In order to avoid severity of disease autism treatment requires both medications and psycho-therapy.

Traumatic brain injury (TBI) is one of the most hazardous brain disorders in which injury occurs in cerebral area  that leads to impairment of mental activity and neuronal co-ordination. Symptoms include lightheartedness, blurred vision, dizziness, confusion, behavioral or mood changes,vision or tired eyes, loss of consciousness for a few minutes ,bad taste in the mouth, trouble with remembering things or focusing and thinking, ringing in the ears, headache, a change in sleep
patterns and fatigue.

People with a severe traumatic brain injury need immediate medical attention, as delay in the treatment might lead to irreversible damage. Once irreversible damage occurs after trauma then it is impossible to revert the injury but with the help of certain medications patient can stabilizes and precludes any further damage to the brain. Major job for medical personnel is to control a patient’s blood pressure, ensure adequate supply of oxygen to the brain and maintain blood flow.

Dementia are usually caused by some disorder that impairs the intellectual function of the brain like front temporal  dementia, Alzheimer’s disease, vascular dementia, Lewy body dementia, Creutzfeldt-Jakob disease and Huntington’s disease.Symptoms of dementia includes Memory loss, Difficulty communicating, Difficulty with complex tasks, Difficulty with planning and organizing,Difficulty with coordination and motor functions, Problems with disorientation, such as getting lost, Personality changes
Inability to reason, Inappropriate behavior, Paranoia, Agitation and Hallucinations.

There is no cure of dementia because it is neurodegenerative disease but several drugs have been specifically formulated to treat dementia symptoms.These medicines are unable to reverse the brain damage or cure dementia but they will ease symptoms, slow down the progress of disease and improves patient’s quality of life. Several dementia drugs for Alzheimer’s disease are available and are known to improve patients’ symptoms.

ADHD treatment includes methylphenidate (Ritalin) medication or dextroamphetamine (Dexedrine), both of which belongs  to class of central nervous system stimulants(CNS stimulants).These medicines reduce impulsivity and hyperactivity thereby improving focus in children. The treatment is not limited to the medication and the major part is the psycho-therapy.

Learning disabilities are not directly linked to frail intelligence; it is associated with a person’s way of  seeing, hearing and remembering things. There is a broad array of learning problems found in both  adults and children

There are two types of dyslexia one is disability in basic reading and other one is disability in comprehension. Disability in  reading is associated with difficulty in differentiating between letter sounds and words.Dyslexia occurs in children with  normal vision and intelligence. Sometimes, dyslexia goes undiagnosed for years and isn’t recognized until adulthood Disability in  comprehension is associated with the person’s inability to understand the meaning of the sentences and words.Symptoms of  dyslexia includes Late talking, Learning new words slowly and Difficulty rhyming.

Dyscalculia is associated with the inability to perform simple mathematics calculations.Basically, it is a learning  disorder related to math concepts. Signs include difficulty solving even simple math problems or sequencing  information or events.Dyscalculia symptoms varies in children depending on their mental strength and weaknesses.

Dysgraphia is another learning disability commonly found in children.Dysgraphia is a transcription disability,  meaning that it is a writing disorder associated with impaired handwriting. Children with Dysgraphia have trouble  in performing simple writing tasks like understanding how to make proper sentences and physical act of writing.