A sign two is used to describe type 2 Van Maldergem syndrome. It is because the type 2 VMLDS is caused either by a homozygous mutation or a heterozygous mutation in the FAT4 gene on chromosome 4q28. This mutation of the FAT4 gene of biallelic nature may also cause Hennekam lymphangiectasia-lymphedema syndrome-2; it is a distinct disorder that shows overlapping characteristics with VMLDS.

The type 2 Van Maldergem syndrome distinguishes from type 1 Van Maldergem Syndrome as the type 1 VMLDS is associated with the mutation of homozygous nature in the DCHS1 gene on chromosome 11p15.

When this syndrome was first described, the case revolved around a girl who was known to be born with blepharo-naso-facial abnormalities and hand malformations. The girl had a peculiar facial appearance that made her look easily distinguishable from the rest of the healthy individuals. Another case was known to be reported by Zampino et al.

The main symptom that is easily visible in patients who have developed the VMLDS of either type 1 or type 2 involves a weird facial feature. A sizeable forehead, broad nasal bridge accompanied with a pear-shaped nose, sometimes also referred to as a bulbous nose, small ears, narrow palpebral fissures. 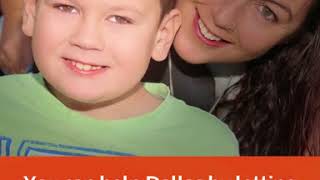 To conclude, the key features of this syndrome involve hand abnormalities, a poor exhibition of muscle tone, moderate to severe disability from an intellectual point of view, characteristic facial features as already discussed above, and joint hyperlaxity. The symptoms are somewhat similar in either type of this syndrome. After the exhibition of any symptoms, consult a doctor.

The Van Maldergem Syndrome or Cerebro-facial-articular syndrome is usually known to be caused by some changes. These changes in medical terms are known as mutations. These mutations or changes occur in the DCHS1 or FAT4 genes. DCHS1 or Dachsous Cadherin-Related 1) is a protein Coding gene associated; with the Van Maldergem syndrome type 2 and Mitral Valve Prolapse 2. It is inherited; in an autosomal recessive manner in either of the types of this syndrome. On the other hand, the function of the FAT4 gene is to provide instructions for making a protein in most tissues. The cause behind the type 1 Van Maldergem Syndrome is the recessive mutations in the FAT4 gene, also known as a fat tumor suppressor, drosophila of 4 on chromosome 4q28. In either of the cases, the symptoms exhibited are nearly the same; that mainly mentions the loss of hearing, facial abnormality, and the list continues.

Before treating the Van Maldergem Syndrome or Cerebro-facio-articular syndrome, a diagnosis is performed to identify the presence of this syndrome in the individual. The methods accompanied to aid in the diagnosis of this syndrome include a skeletal survey, brain MRI. Once there is a confirmation of the existence of the Van Maldergem Syndrome, the treatment becomes necessary. There is no specific treatment mentioned for this syndrome and it varies from person to person. The symptoms of the affected individuals acknowledge what kind of treatment needs to be accompanied. This syndrome is genetic and is caused; by the mutations in either of the gene mentioned above. To treat mutations gene therapy is used. It corrects the defensive genes to cure the disease or syndrome. With the gene therapy technique, doctors can deliver a healthy copy of a gene to cells inside the body. This healthy gene may substitute the mutated gene, inactivate the mutated gene or introduce an entirely new gene.