Heroin is a not only highly addictive but it is also illegal drug. It is used by millions of addicts around the world who are unable to overcome the urge to continue taking this drug every day of their lives. This highly addictive drug processed from morphine, a naturally occurring substance extracted from the seed pod of certain varieties of poppy plants.

It’s hard to believe that there may someone who didn’t know about heroin and its effects. Pure heroin is a white powder with a bitter taste that predominantly originates in South America. It is typically sold as a white or brownish powder that is cut with sugars, starch, powdered milk, or quinine. Highly pure heroin can be snorted or smoked and considered more appealing to new users. It is so because it eliminates the stigma associated with injection drug use.

Heroin like opium and morphine are made from the resin of poppy plants. Milky, sap-like opium is first removed from the pod of the poppy flower. This opium is refined to make morphine, then further refined into different forms of heroin. Mostly heroin consumers used to inject it, which create additional risks for the user including danger of AIDS or other infection on top of the pain of addiction. 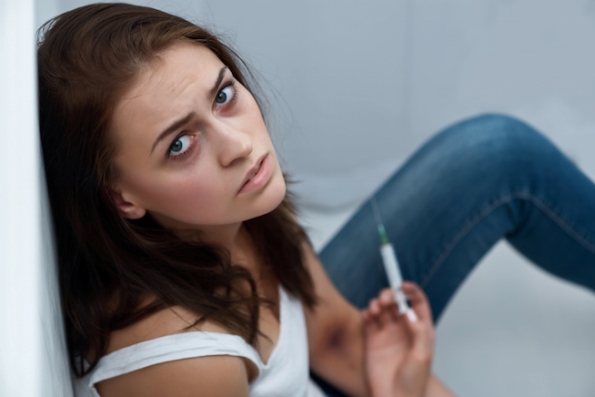 Besides all its negative effects on mental and physical health, it is a fact that heroin cause strong sensations. These sensations occur after heroin depress the plunger and user send a few points of heroin coursing off into vein. It gives a feeling of anticipation and excitement, and the sense of reassurance.

It really doesn’t matter that how you get it into your system, heroin gets to the brain quickly. It’s easy to become addicted. Even after using it just one or two times, it can be hard to stop yourself from using again. In addition to be injected, it can be smoked or you can even snort it. According to its users , injecting it into their veins is the most pleasurable and quickest way. According to health experts, injecting is the most dangerous way to take it because you can overdose more easily, and you can be infected by dirty needles.

Right after taking heroin, you get a rush of good feelings and happiness. And after a while, for several hours, you feel as if the world has slowed down. Your brain works slowly and as a result, you think as well as walk slowly. According to some users, they feel like they are in a dream. Some even say that they consider themselves covered in a warm blanket, where worries are gone. Usually people, who don’t possess enough strong nerves become a prey of heroin. They can’t bear the pain and worries of the world around them.

But there are also some who take it once or twice and think that they are taking it just to do an experience and then become addicted. Many people take it for pain relief. It actually works great to reduce pain in the first few uses. This makes people keep using it. They have to increase the dose because that is the only way to experience the same relief they used to experience in the beginning. This leads to addiction. Many people use heroin to treat their anxiety, worries, and other stressors. Many users have mental health issues like depression, ADHD, or bipolar disorder.

Beside all above mentioned feelings, the drug can also cause nausea and vomiting. It also makes some people itch. Heroin depresses your central nervous system by turning into morphine in your brain. The morphine then binds itself to opiates receptors, which are located in the spinal cord, brain, and certain internal organs. As a result, your nervous system may not work properly and may not get pain message. It can also slow down both your heart rate and breathing. If you overdose, you may stop breathing and die.

There are more chances that you may develop dependence, if you are using heroin. People who use heroin often say it feels like they are free. Such physical dependence causes severe issues when you try to stop taking the drug. This stage is called withdrawal and may continue for at least 10 hours after the last heroin intake. Withdrawal symptoms may include: