In September 2015, we experienced a controversy about the HPV vaccine for the first time. It was said that HPV vaccine had potential ties to mental retardation. Since this controversial debate, this claim have been denied by a number of prominent medical authorities, including the CDC. In reply to this, clinical studies prove that the HPV vaccines is safe and effective for young girls and boys as early as 9 years old.

According to facts and figures, approximately 12,000 women and 7,000 men in the US, develop cancers caused by HPV annually. Almost all sexually active persons will have HPV at one point, making it the most common sexually transmitted disease in the US. Although majority of infected persons don’t show any symptoms, nor develop any health problems but they may develop some serious health issues later. 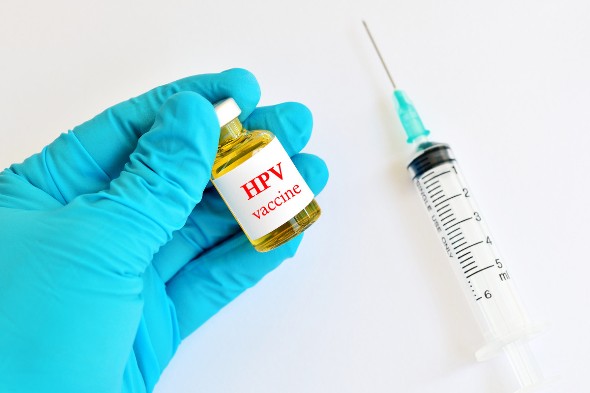 Additionally, immunization rates have been disappointingly low. According to US national data, only 38 percent of girls between 13 and 17 years of age received one or more doses of the HPV vaccine. For boys, vaccination rates fall at a mere 1 percent.

The question is that why this percentage is so low. There are more than one reason behind the hesitation of being vaccinated but the most apparent is the parents attitude towards this vaccine, like many parents underestimate their child’s risk of contacting HPV, particularly young boys. In addition, barriers to acceptance by parents of young girls and boys also have a significant impact on vaccine uptake.

Sometimes parents interrupted it in a negative way if the child get vaccination. Advocating for vaccination prior to first sexual activity is not a permission to engage in sexual acts early, rather, it is an attempt to fully protect children from HPV and associated illnesses. The vaccine is most effective in individuals not yet sexually active because it only protects against types of HPV to which the individual has never been exposed.

In this regard, the situation for women is more serious, as in an analysis of nearly 600 women between the ages of 20 and 26, 60 percent of those who had received the original Gardasil vaccine, which protects against only four strains (types) of HPV (6,11,16,18), had a higher risk of being infected with another non-vaccine HPV virus strain. On contrary, the unvaccinated women had lower rates of the non-vaccine high-risk strains of HPV, which suggests getting vaccinated may make you more susceptible to being infected with other strains of HPV.

Unlike many other diseases as well as vaccinations, a gender-neutral approach is likely to be the most advantageous for HPV vaccination. It is a fact that both men and women contribute to HPV transmission, so it follows that the vaccination policy should include both men and women. There is currently no method to detect HPV in men.

But the most common mode of HPV transmission to women is through heterosexual vaginal intercourse. However, developing genital warts or HPV-related cancers places a high emotional burden on both men and women. This stress can be avoided efficiently through this progressive vaccination policy.

As discussed above, cost of HPV vaccination is also an influential. So for those, who are most concerned with this factor, private insurers routinely include immunizations recommended by the CDC’s committee in its benefits. Additionally, the Vaccines for Children (VFC) program helps families with eligible children cover the cost of vaccines that they are otherwise unable to afford.