Learn all about hemiballismus. It is a relatively rare hyperkinetic movement disorder characterized by involuntary, violent, coarse and wide-amplitude movements involving ipsilateral arm and leg. Although classically related to lesions in the subthalamic nucleus, in clinical-radiological series of hemiballism most patients had lesions outside this nucleus, involving mainly other basal ganglia structures.

Hemiballismus is a rare disorder and given below are some of the conditions, which can cause hemiballismus. However, it should be born in mind that if a patient suffers from one of the below disorders, it doesn’t necessarily mean that he/she will also suffer from hemiballismus.

The hallmark of hemiballismus is the development of large-amplitude, involuntary, irregular and violent movement of the limbs on one side of the body. The proximal aspects of the arm and leg are most commonly affected, whereas facial involvement is seen in about 50% of case. These large-amplitude movements can cause severe exhaustion and dehydration, but also local injury and even death in extreme cases. The prognosis is generally good, as spontaneous improvement or remission occurs in many patients.

Neuroanatomically, hemiballism is most commonly associated with lesions of the contralateral subthalamic nucleus of Luys or efferent pathways, although there are separate reports of its outward appearance with diseases of the caudal nucleus, globus pallidus, thalamus, and even with ipsilateral lesions. Neuropathologically, vascular events like ischemia and hemorrhage are common underlying causes of hemiballism. 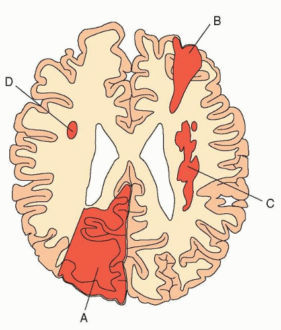 Hemiballismus is unilateral rapid, nonrhythmic, nonsuppressible, wildly flinging movement of the proximal arm and/or leg; rarely, such movement occurs bilaterally (ballismus). Hemiballismus may be considered a severe form of chorea. It can also appear rarely due to certain metabolic abnormalities. It is a rare movement disorder, being 500 times rarer than Parkinson’s disease.

Sudden, violent, spasmodic movements involving particularly the proximal portions of the extremities of one side of the body; caused by a destructive lesion of the contralateral subthalamic nucleus or its neighboring structures or pathways. Ballism was defined by Meyers in 1968 as “Repetitive, but constantly varying, large amplitude involuntary movements of the proximal parts of the limbs. This activity is almost ceaseless and movements are often complex and combined”. Hemiballismus is usually characterized by involuntary flinging motions of the extremities. The movements are often violent and have wide amplitudes of motion. They are continuous and random and can involve proximal or distal muscles on one side of the body.

Hemiballismus is an ailment that can leave the patient both physically and mentally exhausted. Due to the violent motions involved, other injuries involving the joints and skin can occur.

Hemiballismus treatment depends on the severity of the problem. Hemiballismus usually goes at its own way after several days, but it sometimes lasts for 6 to 8 weeks. Antipsychotic drugs may help suppress hemiballismus.

When pharmacological treatment is necessary, the most standard type of drug to use is an antidopaminergic drug. Blocking dopamine is effective in about ninety percent of patients. Perphenazine, pimozide, haloperidol, and chlorpromazine are standard choices for treatment. Scientists are still unsure as to why this form of treatment works, as dopamine has not been directly linked to hemiballismus.

An anticonvulsant called topiramate has helped patients in three cases and may be a viable treatment for the future.

Surgery as a treatment should only be used on patients with severe hemiballismus that has not responded to treatment. Lesioning of the globus pallidus or deep brain stimulation of the globus pallidus are procedures that can be used on humans. Usually, lesioning is favored over deep brain stimulation because of the maintenance required to continue stimulating the brain correctly and effectively. 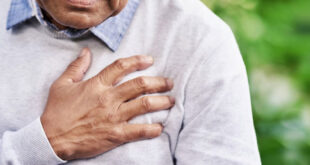