The word “fetus” refers to the unborn offspring of the human, unborn human of more than eight weeks after conception. The word “Papyraceus” means relating to or resembling paper. The Fetus Papyraceus is a rare disorder that refers to the flattened and mummified fetus usually correlated to the twin or multiple gestations.

The implantation bleeding that is light spotting usually occurs during most healthy pregnancies. This usual implantation bleeding should not be confused with the bleeding due to Fetus Papyraceus, which occurs only in case of multiple gestations. If the vaginal bleeding is abnormal and continues for four weeks, then it might be due to the death of the fetus. The condition is also accompanied by abdominal pain and cramps. 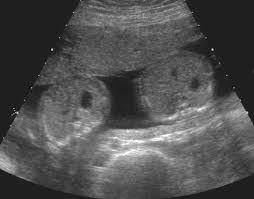 It is also not due to the lifestyle choice of the mother or what it does before or during pregnancy. Most of the time, the Fetus Papyraceuso ccurs due to chromosomal or genetic abnormality. When an embryo implants and develops in the uterus, the cells make multiple copies of DNA. If any such DNA or chromosome is switched or left out, it will hinder the growth of the fetus. Because the fetus will not develop the way it should, leading to miscarriage. In the case of multiple gestations, an independent DNA test was developed for each fetus.

So if one fetus dies due to any chromosomal abnormality, the other fetus continues to grow. The Fetus Papyraceus does not affect the growth and development of the surviving fetus. The other causes of Fetus Papyraceus are umbilical cord stricture and true knot, feto-fetal transfusion syndrome, placental insufficiency, and velamentous cord insertion.

Any underlying condition should be immediately treated to reduce the risks. The risk that is associated with the Fetus Papyraceus premature childbirth, dystocia, and placental abruption, which may lead to the death of the surviving fetus. There are no methods or measures to prevent Fetus Papyraceus.