What is Paraneoplastic Syndrome Lung Cancer? 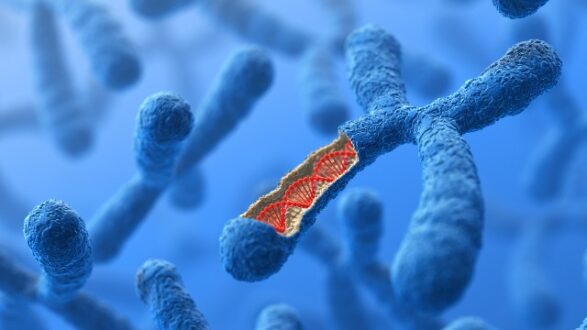 The symptoms associated with the endocrine dysfunction are Cushing syndrome, which occurs due to the increased level of cortisol which leads to the moon-faced appearance due to swelling, high blood pressure, fatigue, weight gain, hypercalcemia, syndrome of inappropriate antidiuretic hormone (SIADH), hypoglycemia and hyperaldosteronism.

The symptoms associated with neurological dysfunction include fatigue, diplopia, lightheadedness, speech impairment, and ataxia. There are several neurological syndromes that can present with paraneoplastic syndrome. One such syndrome which causes the inflammation of the brain, thereby causing a lack of coordination, is known as the cerebellar ataxia.

The symptoms that are associated with the skin syndrome are flushing, which is redness of the skin, itching, and non- cancerous skin growths. The flushing occurs due to the release offer substance, which causes inflammation of the skin and soft tissues known as polymyositis or dermatomyositis.
Some of the other organs that are affected by paraneoplastic syndrome are the eyes, kidneys, bone, and hemocytes. They can produce syndromes like acromegaly and carcinoid syndrome. The most common symptoms of a paraneoplastic syndrome associated with lung cancer are given below:

Hypercalcemia refers to the increased level of calcium in the blood. The hypercalcemia usually occurs with a type of non-small cell lung cancer that is squamous cell carcinoma. In lung cancer, hypercalcemia is produced due to the secretion of the parathyroid hormone, and also, the breakdown of the bone releases calcium due to bone cancer. The symptoms that are associated with hypercalcemia include muscle weakness, anorexia, polydipsia, depression, and abdominal pain. Hypercalcemia can also cause serious damage to the kidney.

The syndrome of inappropriate antidiuretic hormone secretion is commonly abbreviated as SIADH. It is mostly associated with this small cell lung cancer. It causes hyponatremia that refers to the low level of sodium in the blood. The symptoms that are associated with the syndrome of inappropriate antidiuretic hormone arm muscle weakness, fatigue, headaches, memory loss, convulsions, and loss of consciousness.

When a tumour is formed in the body, it is immediately recognized by the body as a foreign particle. The body starts to produce antibodies in order to fight the tumour cell by binding to it and destroying it. Sometimes across-reaction is initiated; that is, the antibodies start to fight off the normal tissues and destroy them. This cross-reaction gives rise to the paraneoplastic syndrome. Sometimes the tumour starts to produce and release physiologically active substances commonly known as tumour markers. These tumour markers, although not expressed by normal cells yet, are physiologically active and can interfere with the normal metabolic pathways and steroid formation. This can also produce paraneoplastic syndrome. The actual cause of the paraneoplastic syndrome is not known.

The treatment of paraneoplastic syndrome depends upon the type of cancer, syndrome, and the organ it is affecting. There are two possible treatment strategies that can be used for treating the paraneoplastic syndrome. One of them is treating the underlying tumour. It can be done by surgery, radiations, and chemotherapy, either alone or in combination. The second therapy option is immunosuppression in patients who have antibodies in their serum. This can be achieved by the use of intravenous immunoglobulin, corticosteroids, immunosuppressive drugs, and the exchange of plasma.