The Taijin Kyofusho is an obsession of shame, embarrassment, and anxiety. The Taijin Kyofusho refers to the fear of interpersonal relations and offending others. It is defined as the culturally bound syndrome predominantly in Japan and Korea by the Diagnostic and Statistical Manual of Mental disorders (DSM-IV). It has been referred to as anthropophobia by the International Classification of Mental and Behavioral Disorders.

The Taijin Kyofusho is also divided into four types based on its severity in Japanese psychology. These types are given below: 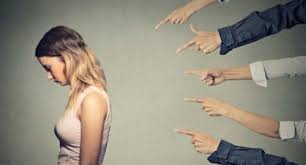 It most commonly occurs in the teens. It is short term and moderately severe.

It is a delusional Taijin Kyofusho in which the individual is obsessed over his body or mind flaw. These flaws may change periodically over time.

It is not a simple phobia; rather, it is a complicated one. In this phobic with schizophrenia, Taijin Kyofusho becomes a part of the individual’s schizophrenic reactions.

· difficulty in speaking or stuttering

· the feeling of dread around people

· a strong desire to get away from this situation.

The Taijin Kyofusho is considered to occur at any time. It is an obsession with embarrassment, shame, and anxiety. It is usually triggered by the history of shyness and social distancing in childhood. It can also get initiated by the humiliating traumatic experience. The Taijin Kyofusho is found to be more common in males than in females. Although females are more predisposed to social phobia or social anxiety disorder because they have a high inclination and disposition towards the feeling of embarrassment. 10-20% of the Japanese are suffering from the Taijin Kyofusho. 3-13% lifetime prevalence occurs with Taijin Kyofusho.