Aortopexy is the most widely used surgery accepted by medical science for treating severe tracheomalacia (TM) disease, which often occurs in children. (TM) is a condition occurring when the cartilage of the trachea(airway) becomes so soft that it collapses causing a blockage for an increased flow of air? There are different operative methods to undergo surgery, which mainly depends on the various types of (TM). Before undergoing surgery, the severity of the symptoms is investigated. The preoperative investigations differ in different medical premises. In most institutions, fiberoptic bronchoscopy is used along with bronchography to analyze the activity of the trachea during respiration.

In aortopexy, the cross-sectional profile of trachea is altered from an ellipse shape to a circle hence causing it to be wide open and preventing the walls of the trachea from coming into contact during exhaling or coughing. In most cases, the trachea is relatively thin, and its tissues are so soft such that it gets compressed by other organs, so simultaneously, the oesophagus is also moved aside during the surgery to avoid this compression. 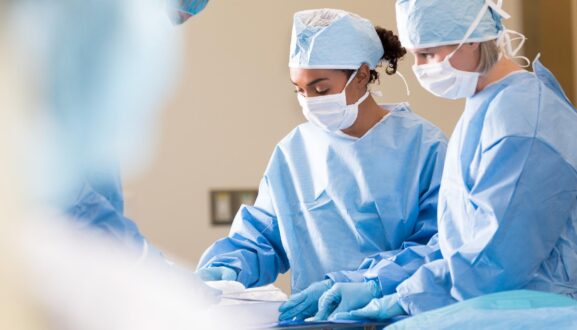 Thoracotomy is one of the surgical methods out of many thoracic surgeries in which the chest wall is cut open providing access to the lungs, aorta, heart and diaphragm. According to a literature review, 72% of the surgeons prefer left anterior thoracotomy during aortopexy, reason reported is to be a good exposure of ascending aorta and the branches of the aortic arch. For surgery, diagnosis is confirmed with bronchoscopy and anaesthesia is maintained with the help of a ventilating bronchoscope. In this thoracotomy, the left anterior third intercostal space (third spacing between the ribs) is approached.

The left lobe of the thymus is cut out, and the aortic arch and different big vessels are then visible. Stitches are placed through the adventitia (outermost layer of a blood vessel) and the walls of the ascending aorta and fixed end of the innominate vessel. Then these stitches tied up passing through the sternum and to the surface under the skin along the anterior sternum. A uniform force (traction) is applied to pull the aorta to the sternum. After the surgery is performed, the performance of the trachea during coughing and respiration is checked frequently; it is ensured that the trachea must not collapse while functioning.

The technique of thoracoscopy is usually prefered due to patient comfort from small stitches. Depending on the surgeon and the institution, left or right anterior thoracoscopy may be done. According to a Literature Review, 1% of the surgical approaches are being done through this technique. For a left-sided system, three small camera ports (3mm in size) are used. Each camera port is localized in different areas. One is placed in a midaxillary line in the fourth intercostal space, and the other two are set in the anterior axillary line of the third and sixth intercostal spaces. With the help of the view, the surgeons first find the phrenic nerve (a nerve that runs from the spinal cord to the diaphragm) before the dissection of pleura.

Then the left lobe of the thymus, present at the top of the pericardium, is moved and pushed back so that the pericardium can be exposed. The pericardium is opened using laparoscopic scissors. The pericardium is cut such that the aorta can be seen quickly and then the aortopexy stitches can be applied. The kinds of stitches used during the surgery vary with the experience of the surgeon. A bronchoscope is used to ensure the (TM) is relieved. After confirming, the incisions made are stitched back. The primary care is taken not to damage the phrenic nerve since if it happens, the diaphragm will cause dysfunction.

Although the aortopexy surgery is done through different techniques, but the recovery time of the patient is not much dependent on the method used but how the patient responds to the surgery. It may take follow-ups for months or even years, depending on the symptoms.

Aortopexy is considered as the most successful surgery in the treatment of severe patients of (TM). According to research, more than 80% of the patients produced desired results with the treatment. A little percentage of the patients were unable to recover due to different complications encountered.