Anton’s blindness and visual anosognosia are the common names for Anton’s syndrome. It occurs in the occipital lobe and is the symptom of brain damage, which is quite rare. The patients suffering from Anton’s syndrome are cortically blind but they often claim that they can see clearly, despite the confirmed evidence of their blindness.

To fill in the missing sensory input these patients often employ confabulation as they fail to accept the fact that they are blind. Anton’s syndrome is most commonly seen after a head injury or stroke. Moreover, mental confusion is common when a patient experiences occipital dysfunction.

Your near ones or the nursing staff might take some days to stumble on the fact of your sightlessness. The main reason is that the patient’s behavior and gestures would not hint to anyone that they have become sightless. In some cases, speech and behavior are also affected. 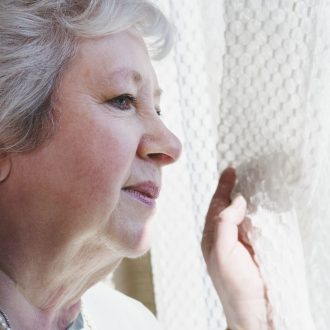 The first case of Anton’s syndrome was presented during the Roman era. A slave of a Roman philosopher and politician became acutely blind. She argued irrationally about the darkness in the room and denied her illness confidently.

The common symptoms experienced with Anton’s syndrome are as follows:

● There is no menace reflex

● The patient will act normal and deny being blind

Patients with Anton’s syndrome will fall over objects and collide with the furniture or they find it extremely difficult to find their way around. They may also describe objects or people in the surrounding which are not present.

Furthermore, they make excuses to prove they are not blind like lack of lighting is one of them. These patients tend to put themselves in life-threatening danger and need proper surveillance and care, so no harm is caused.

The cause of patient denial of blindness is unknown. But numerous causes can lead to Anton’s syndrome. These are factors are listed below:

● An ischemic stroke is the most common cause. It involves the bilateral occipital lobes.

● Fat embolism might be another cause. In this syndrome, fat enters the blood and causes symptoms like rash, shortness of breath, and lightheadedness.

● Adrenoleukodystrophy is also known as ALD, causes seizures and hyperactivity. It is linked with the X chromosome.

● The inflammation of blood vessels can also cause Anton’s syndrome. This condition is known as Angiitis or vasculitis, which is an autoimmune disorder.

The signs of ischemia or hemorrhage should be seen through a CT scan and an MRI. This can also help to understand the extent of occipital lobe damage. According to the clinical research, treatment is solely dependent on the causative agent of Anton’s syndrome. This means that the damage to the occipital lobe will also affect the treatment option we choose.

For instance, if a patient suffers from Anton’s syndrome due to exacerbation of Multiple sclerosis, they can be treated with IV methylprednisolone and plasmapheresis which can lead to their recovery over two to three years.

Other medical therapies include avoidance of the causative agents like precautions to prevent stroke, viable measures to manage vascular risk factors which include regulating blood pressure, blood sugar levels, and smoking cessation. Daily aspirin and statin therapy can be beneficial too. At the moment there are no surgical options to treat Anton’s syndrome.

Anton’s syndrome patients adamantly affirm that they are not blind and can see everything. The occipital lobe is affected and leads to confusion, hallucinations, or seizures. Treatment is dependent on the elimination of the causing agents or diseases.

Balint syndrome, on the other hand, is when the patient might be able to see but find it difficult to reach for the object. The recognition is easy but there is misdirection.

There is a term called psychic paralysis of gaze which is normally seen in patients with Balint syndrome. In which patients’ vision will wander frequently and cannot focus on one object or person.

Balint syndrome is caused due to hypotension most commonly. It is also seen in the aggressive case of Alzheimer’s disease. The clinical literature is extremely sparse when it comes to the treatment of Balint syndrome but rehabilitation therapy to improve the visual scanning and guided movements are the first-line option.