Learn all about Anemia Types, Treatment, Causes , Sign and Symptoms!

Anemia is a medical condition in which you do not have sufficient normal and healthy red blood cells to carry enough oxygen to your tissues.Main underlying causes of anemia are low red blood cell(RBC’s) count, production of abnormal red blood cells, low level of hemoglobin, nutritional deficiency or anemia caused by heavy  blood loss.

There are many types of anemia with different underlying cause but anemia caused by heavy blood loss is common. Anemia ranges from mild to severe.Anemia is the most common disorder of the blood. Poor diet may result in folic acid and iron deficiency which results in development of anemia caused by iron or folic acid deficiency.Anemia may be temporary or longterm depending upon cause severity of condition. 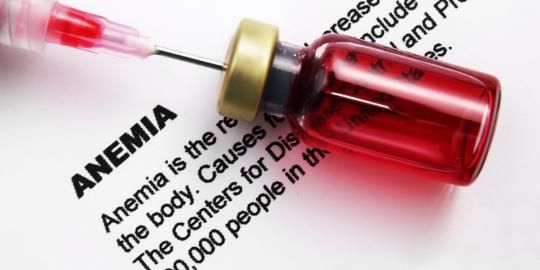 Symptoms of anemia vary from person to person due to different underlying cause.However, some commonly reported symptoms of of anemia are

Vitamin deficiency anemia is very common in Asian and African countries due to poor and restricted diet that causes growth retardation and anemia. In addition to iron, our body also requires folic acid(vitamin B9) and Cyanocobolmin(vitamin B12) for the development of sufficient red blood cells(RBC’s). A diet deficient in these key nutrients may lead to decreased red blood cell production.

Certain diseases are aslo associated with anemia or play important role in development of anemia for example Certain cancer, rheumatoid arthritis, HIV/AIDS, Crohn’s disease and other chronic inflammatory diseases.These diseases can interfere with production of RBC’s leading towards the development of anemia of chronic disease.Kidney failure also can cause anemia.

It is inherited type of anemia in which sufficient number of red blood cells are produced with abnormal crescent (sickle) like shape.These red blood with abnormal morphology are unable to perform normal physiological functions in the body.Sickle cell anemia should taken seriously because it may be life threatening.

There are several other forms of anemia such as thalassemia and anemia caused by defective hemoglobin.

Anemia occurs when your blood contains insufficient number of red blood cells. This can happen if

Treatments for anemia depend on severity and cause

Nutritional iron deficiency is common in developing countries.Iron deficiency from nutritional causes is common in pregnant women as compared to postmenopausal women.Mild to moderated anemia is treated with administration of oral iron supplement in form of ferrous fumarate, ferrous gluconate or ferrous sulfate.

Anemia caused by heavy blood loss due to some trauma, accidental injury, menstrual bleeding, hemorrhage, ulcers or due to any other underlying disease is mainly treated by blood transfusion.Anemia caused by heavy blood loss should be treated promptly because it may becomes life threatening if left untreated.Before going to bleed make sure that you are free from any blood born disease.