The U.S. Food and Drug Administration approved Vraylar/cariprazine capsules to treat schizophrenia and bipolar disorder in adults on September 17, 2015.

Vraylar is the brand name of drug cariprazine, rights are currently owned by Gedeon Richter and Actavis. Cariprazine is a kind of anti-psychotic drug that works by stimulating dopamine receptors like D1, D2 and D3 receptor. However, according to clinical trials data it has been observed that it is partial agonist for D1 and D2 receptors, while it has high affinity for D3 receptor. The affinity of drug for these receptors indicates its effectiveness in treatment of episodic bipolar disorder and schizophrenia.

Schizophrenia and bipolar disorder both are mental disorders that interfere or disturb the normal functioning of brain. Schizophrenia is a chronic type of illness affecting about 1% of Americans. Schizophrenia symptoms are divided into two categories Positive symptoms and negative symptoms. Some commonly observed symptoms of schizophrenia in adults younger than 30 years old include hearing voices, seeing things that do not exist, believing that someone is controlling their thoughts or minds. Such patients are well managed by combination of therapy rather than a single magic bullet.

Bipolar disorder is another kind of manic depressive illness, a type of mental dysfunction characterized by alternate episodes of depression and elevated mood. However, elevated mood is more dominant than the other one and is termed as mania or manic depressive illness. Symptoms of bipolar disorder are sudden attack of mania along with alternating periods of depression, restlessness, aggressive behavior, sudden mood changes and talking fast. 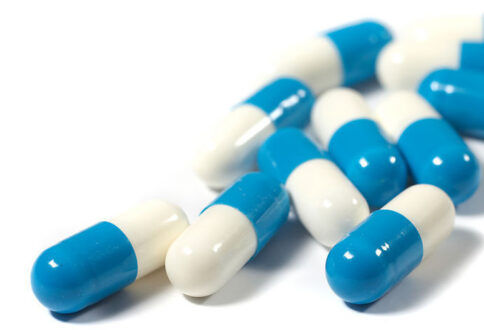 Vraylar is finally available at retail outlets. One pack of vraylar contains 30 capsules and cost about $1,090.62 per pack. This cost is approximate and it may fluctuate in open market due to various factors like trade price margin, discounted coupons etc.

As i mentioned earlier, The U.S. Food and Drug Administration approved Vraylar/cariprazine capsules to treat schizophrenia and bipolar disorder in adults.This drug can be used in combination with other anti-psychotic agents for better management of disease.

This drug is presented to FDA in capsule dosage form but it’s dosage frequency is difficult to evaluate at this point. However, vraylar is now available in market with different potencies like 1.5mg, 3mg, 4.5mg and 6mg.