Fruits are rich in beneficial elements and some of them such as pomegranates, strawberries, walnuts, and raspberries have abundant quantities of ellagitannins known as polyphenols. The intake of these specified fruits leads to the breakdown of these ellagitannins into Urolithin A (UA) as an end product. This breakdown is carried out by the natural microbial flora present in the gut of the human body.

This compound (UA) does not exist in its original form in the fruits and needs the breakdown of ellagitannins for its formation and so dependent upon the number and activity of microbial flora of the gut. All of the microbes in this flora are not responsible for this process and involve only a few beneficial microbes which can affect the production of UA from person to person as this microbial number varies among the population.

Urolithin A (UA) is described as a metabolic compound belonging to the class of organic compounds and formed in the result of metabolic breakdown of polyphenols (ellagitannins) from fruits under the action of the natural microbial flora of the human gut.

In the 2000s, UA was discovered to have significant biological features which then in 2010 led to the various clinical studies to evaluate how these characteristics can help mankind drastically. 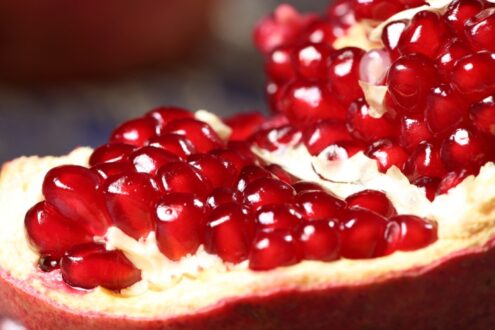 During the 2000s, UA was introduced as a first naturally existing bioactive compound that has drastic biological characteristics in human beings. Further safety studies have confirmed its good tolerance in the body and resistance to the induction of toxicities. The major benefits of this natural bioactive compound may involve the following.

Extension of lifespan: Researchers have stated that UA has features to reduce the loss of skeletal muscles leading to normal mobility activities and extended independence in the aged population. This ultimately leads to the adoption of a prolonged lifespan.

Nutrition for normal and accurate cellular performance: Urolithin A helps in the protection of cells by the induction of mitophagy which tends to reduce with the increased age among the population. So, UA is also called a geroprotective compound.

Urolithin A (UA) does not exist in its original form and is derived from the breakdown of ellagitannins found in certain fruits with the help of metabolic activities of natural microbial gut flora. But this production of UA can be compromised in some individuals depending upon the number of microbes and their efficiency to perform this metabolic activity.

To reduce the chances of this compromised activity many companies are trying to produce this component in the form of supplements. A number of these supplements are available in the market including UltraPome and Mitopure etc.

Clinical studies have been performed to evaluate the safety and efficacy of these supplements in humans and so far the positive results have been achieved ensuring the activity to fully unleash the power of Urolithin A without the occurrence of any adverse effects.

Autophagy is a process adopted by cells to naturally remove the defected or additional unnecessary parts of the cell. Under certain conditions like stress and destruction, the powerhouse of the cell (mitochondria) undergoes the process of damage which results in the dysfunctioning of the specified cells. In this case autophagy is considered a very important process to get rid of the defective mitochondrial parts and lead to regeneration.

In 1988, scientists introduced the word of mitophagy to better explain this process of autophagy of mitochondria.

Later studies showed that mitochondria itself produce some practical modifications to induce the process of mitophagy. But this ability of mitochondria reduces with the increase of age and limits the recycling of cells. In some further clinical studies it has been explained that UA is the first naturally existing compound to help the induction of mitophagy to facilitate the removal of defective parts of the mitochondria making sure the normal functioning of the cell.

Urolithin A (UA) is considered very important in the treatment therapies of cancer. As it has been stated that the dose-dependent administration of UA in the patients of colorectal cancer gave out some serious positive outcomes. It not only induced the mitophagy to enhance the regeneration of damaged cells but also reduced the cell multiplication, late cell migrations as well as reduced the matrix metalloproteinas‐9 (MMP‐9) activities. This reduced cell proliferation involved the suppression of the cell multiplication cycle by inhibiting the synthesis of DNA.

Among the patients of prostatic cancer, the cautious administration of ellagitannins rich formulation to obtain better outcomes but these outcomes will be dependent upon the type of end products (metabolites) obtained from the metabolism of these ellagitannins.