Trichotemnomania (TTM) is described as a mental disorder that is characterized by compulsive habit of hair cutting or shaving hair which ultimately results in the alopecia or hair loss.

It is a condition in which patients try to cut or shave their hair especially in the area of the head and around the eyes which provides them with some sort of briefed feeling of positivity or pleasure. They try so hard to cut or shave their hair that it may result in severe distress and heavy hair loss. Any kind of forceful resistance to this habit may typically fail and leads to a more distressful condition.

Majorly it is considered as a genetic disorder that runs in the family. But sometimes other disorders such as OCD (obsessive-compulsive disorder) or body dysmorphic disorder can lead to this condition. Among these patients the vulnerability to the adoption of this habit of hair cut or shave is most likely to happen in episodes following the periods of anxiety or stress. These patients are usually well-aware of their habit and they admit their behavior meanwhile, on examination of the head area provides evidence of this habit in the form of their hair-cutting or shaving in this particular area. In some cases, patients may tend to shave off their hair to improve the way they look because their existing look may give doubts or negative feelings about them.

In 1889, this disorder was firstly named by François Henri Hallopeau. 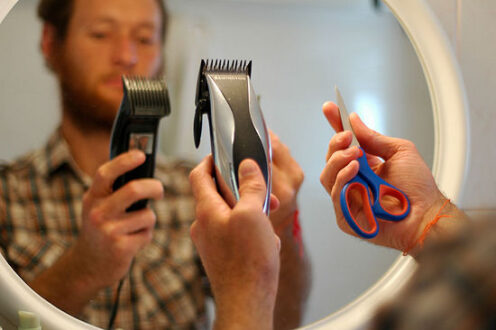 “Trichotemnomania is derived from a Greek word “temnein” meaning “to cut” and “mania” meaning “madness” it is characterized by the habit of knowingly cutting or shaving the hair by the patients resulting in the ultimate hair-loss.”

It is very similar to trichotillomania but can be differentiated based on self-knowledge of this habit of self-induced alopecia among the patients.

Other clinical impediments may involve;

Several underlying reasons are explained by the researchers which may involve;

Treatment of trichotemnomania (TTM) depends upon the age of patients as the complexity of this disease tends to enhance with the increase in age leading to more critical management.

However, there are many ways established by the professionals to manage this order which may involve;

Psychotherapy: It involves cognitive behavioral therapy (CBT) that involves the behavioral modifications by proper counseling methods. It is also called a habit reversal training of the patients.

Medication therapy: No drugs have been approved yet by FDA to treat this order but meanwhile, Fluoxetine and other selective serotonin reuptake inhibitors (SSRIs) have shown some clinical significance in this matter but it has also been observed that these drugs may tend to increase the habit of hair cut or shave in some patients.

Device therapy: Certain mobile applications have been developed to help in the habit reversal training and CBT. 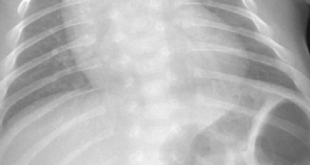