A urachal cyst is a tissue and fluid collection located between the bladder and the belly button (umbilicus). The cyst arises in the urachus remnants, a structure that is ordinarily present in a fetus but closes up before birth. A urachal cyst is a rare congenital condition that most commonly affects older children. Adults are rarely affected, and the frequency in this age group is mostly unknown.

Urachal Cyst develops as a result of the partial obliteration of the urachus, a primitive structure that connects the umbilical cord to the fetal bladder. The urachus serves no role after birth, hence keeping it can be harmful to one’s health.

They can appear at any age, however, they are more commonly seen in older children and adults. Unless there are complications, such as infection, urachal cysts are rarely linked with any signs or symptoms.

Urachal anomalies are quite uncommon. They are most commonly found in infants and children, with adults being the exception.

Ultrasound of the abdomen, pelvis, and bladder is the common diagnostic element for the urachal cyst. Urachal anomalies are infrequent and are typically identified during imaging studies and autopsies. They are twice as common in males as compared to women, according to a new study. 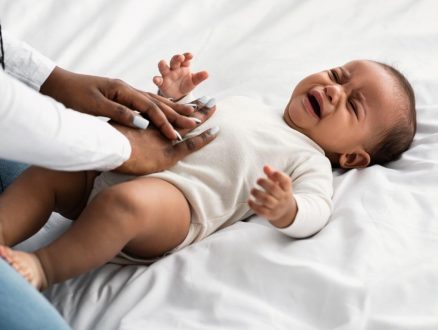 Urachal cysts and abscesses normally cause symptoms only if they get infected. The following are signs and symptoms of an infected urachal cyst:

More widespread signs of a severe urachal cyst infection include abdominal redness and swelling, great exhaustion, vomiting, and acute abdominal pain. Urachal cysts can occasionally cause urine to flow from the belly button. The drainage in infants is frequently caused by an issue in the cavity that links the bladder and the belly button. It can cause the umbilical cord to heal poorly after birth.

If there are signs of an infected urachal cyst, a patient should seek medical attention. Infected cysts can lead to major health problems if left untreated. The umbilical cord has been associated with several different issues that have caused pain and swelling. These include infections of the blood arteries that remain after the removal of the organ.

The vitelline duct, which runs between the belly button and the small intestine, can also cause issues. The symptoms of Appendicitis and ovarian cyst are often confused with the urachal cyst.

The specific cause of urachal irregularities is unknown, however, numerous variables are thought to have a role in their development. The cysts may be caused by a lack of growth in the urachal area, according to certain studies.

The following urachal anomalies might cause symptoms in newborns:

Almost any type of urachal defect is susceptible to infection. When it comes to urachal cyst infections, kids from 2 to 4 years of age are most typically affected. Urachal abnormalities do not always result in symptoms or necessitate therapy. They often go unnoticed for years, never causing any concerns.

A physical exam and ultrasonography can detect the majority of urachal disorders. The following treatments are considered beneficial for curing urachal cysts:

With surgery, the urachus and all of its connections (along with a tiny portion of the top of the bladder) should be completely removed. Leaving any tissue behind could lead to the development of cancer. The urachus accounts for less than 1% of all bladder cancer cases. However, once the urachus has become a possible concern, it should be removed.

Swollen areas around the belly button can be examined with a sinogram once the edema has been brought under control. A tiny tube is inserted into the sinus entrance, through which contrast dye is allowed to flow.

In contrast to straightforward granuloma, persistent umbilical dampness should be evaluated by a urologist. It is estimated that approximately 65 percent of all urachal disorders manifest themselves as a sinus or drainage opening near the belly button, respectively.

Prompt antibiotic therapy and even hospitalization are required when there is pain or fever or the redness extends to other parts of the body. The cyst needs to be treated properly to avoid complications or problems in the future.