Kidneys are a pair of bean-shaped organs located under the rib cage region. Healthy kidneys are vital for a healthy life. Its function is to remove toxic waste, excessive water, and other impurities from the blood. It usually cleanses the blood, detoxifies the bladder, and then removes the toxins during urination. According to the study, around 26 million American adults are affected by kidney diseases.

When kidneys are damaged, they do not function properly. These diseases may occur due to high blood pressure, diabetes, and other numerous chronic conditions. Kidney disease then leads to other health problems, which means that kidneys play a vital role in the human body and, if it is damaged or affected in any case at once, affects the body. If diseases get worse, the kidneys may stop functioning correctly. In such cases, dialysis is preferable, which filters and purifies the blood through a machine. Although this whole process takes a long time and can also be done weekly or twice a week as prescribed by the doctor, this could be the only reason to save a person’s life.

What Is Supernumerary Kidney?

The supernumerary kidney is the rarest inherited kidney disorder related to the genitourinary system. The genitourinary system consists of the organs of the reproductive system and the urinary system. There are around 100 cases that are reported globally. Most of these cases include the abnormal growth of an additional kidney just beneath the right kidney, but it is smaller than the native kidney. However, the commonly reported symptom is unexplained lower right kidney pain. The supernumerary kidney can also be defined as the same kidney’s growth other than the two separate kidneys, which is defined as having two pelvic systems. These pelvic systems are formed by the renal pelvis containing a membrane or tissue layer, which functions as the funnel for the flow of urine and is connected with the single or double ureter. 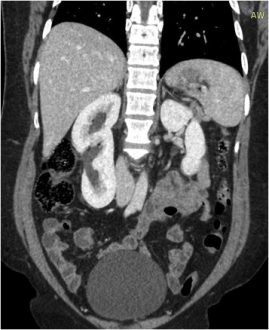 A supernumerary kidney disorder is very scarce and has not been reported widely throughout the world. The cases that are reported worldwide hold the symptoms of abdominal pain. Due to the abnormal growth of the extra kidney, this pain is usually on the kidney’s side. Some cases also reported having symptoms like slight fever with abdominal pain or lower kidney pain. Symptoms also include involuntary urination or pain in the urinary tract. But there are no specific symptoms reported to the supernumerary kidney as this disorder is very scarce and is not associated with any symptoms.

The extra kidney usually arises from the nephrogenic umbilical cord division, which gives rise to an abnormality, that is, two separate metanephroi in the fifth to seventh weeks of maturity. This process typically yields duplicated metanephric diverticulum. This leads to the formation of an accessory kidney or an excessive number of kidneys. This abnormality is very rare, and it may be due to hereditary conditions or genetically appears in rare cases. Any abnormality in the human body’s organs and is mainly inherited from parents. So, no environmental or bad habits are the cause of this disorder.

The Supernumerary kidney is an additional kidney that abnormally grows by the side of the human body’s primary kidneys. It is observed through studies that it has its capsule and blood supply and is not fused with the other kidney. Most supernumerary kidneys are smaller in size, but they could be large as well. Treatment of supernumerary kidney disorder highly depends on the patient’s condition and the function of the kidney. If any patient is struggling with such symptoms, then he or she should take quick action.

We advise doing the nephrectomy, which means the surgery to remove a kidney or any part of the kidney. The treatment management of this condition is usually done as per the symptoms. If a patient experiences such symptoms, which could be diagnosed through ultrasound follow-ups and USG with excretory function assessment, the patient is advised to do early medication. However, if the symptoms worsen, and must remove the abnormally grown kidney immediately.