These disorders often cause significant emotional distress for patients and are a challenge to family physicians. 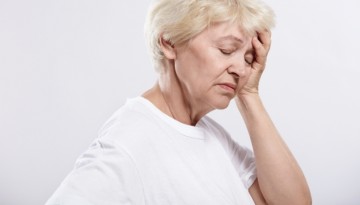 Individuals who have a somatoform disorder experience various symptoms, such as physical pain, for which there is no clear medical reason. Unfortunately, since a symptom such as pain can be caused by many different things, those evaluating the patient are often hesitant to make the determination that the pain is psychological in nature. And of course, no patient wants to be told that the pain is all in your head, especially when to him or her, it is very real and causing significant distress.

Individuals with a somatoform disorder become increasingly frustrated. From their perspective, no one is listening and able to make an accurate diagnosis. They are unable to get relief for their symptoms. Questioning their physician’s competence, they often start going from one doctor to the next demanding lab work and other tests that they don’t need. Many start to believe that they have all sorts of medical conditions that they don’t actually have.

People who suffer from these disorders typically become preoccupied with their health. They can be very difficult patients for the doctors and other providers who see them. When they don’t get the answers or help that they seek, they can become quite agitated. Distrustful of healthcare professionals because of their experience, they often don’t follow through with any recommendations that are made. The symptoms involve several different organs and body systems. The patient may report a combination of:

Patients have multiple somatic symptoms, but some have only one severe symptom, typically pain. Severity may fluctuate, but symptoms persist and rarely remit for any extended period. The symptoms themselves or excessive worry about them is distressing or disrupts daily life.

When somatic symptom disorder accompanies another medical disorder, patients over respond to the implications of the medical disorder; for example, patients who have had complete physical recovery from an uncomplicated MI may continue to behave as invalids or constantly worry about having another MI.

Somatoform disorder usually begins before age 30. It occurs more often in women than in men. It’s not clear why some people develop this condition. Certain factors may be involved:

People who have a history of physical or sexual abuse may be more likely to have this disorder. But not every person with somatoform disorder has a history of abuse.

People with somatization disorder may find it difficult to accept a referral to a mental health professional or to accept that medical evaluation and treatment cannot relieve the symptoms. They are particularly sensitive to the stigma associated with mental disorders. Treatment options for this disorder mostly includes:

Other important types of treatment include relaxation training, sleep hygiene, and communication skills training. Preliminary findings suggest that CBT may help reduce distress and discomfort associated with somatic symptoms; however, it has not yet been systematically compared with other forms of therapy.

Share
Previous How to Get Rid of Stye on Upper/Bottom Eyelid
Next Hirschsprung’s Disease Symptoms, Diagnosis, Causes, Treatment