The nasal airway obstruction is often confused with choanal atresia. But the management approach of both conditions varies. In 1989, the first case of pyriform aperture stenosis was presented by clinical researchers. Respiratory distress is common in newborns who suffer from this condition.

The normal nasal airway has a bony inlet which is the smallest part known as pyriform aperture. Nasal airway resistance is increased, even if there are any minute changes in that area. Moreover, the anterior bony nasal apertures are narrow, which makes breathing difficult. 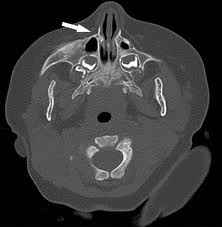 Few studies show that this condition can be a result of twin pregnancies as well. The case reports of pyriform aperture stenosis are sporadic and the pathology is not clear enough. Endocrine abnormalities can also lead to these kinds of issues. The deficit in the growth hormone is one of the reasons.

Hypothyroidism and occasional episodes of hypoglycemia are also considered the risk factors of pyriform aperture stenosis. During fetal development, in the third week, the nasal processes start developing. If there is an underlying abnormality, the baby will be born with the abnormality.

This defect can occur in isolation or in combination with other defects. It varies from patient to patient. Pituitary dysfunction is not visible in early childhood. They take some time to appear and they are not severe. Pyriform aperture stenosis can run in genetics. Patients must be asked about their detailed family history during the diagnosis of the condition.

The severity of the anomaly is an important consideration while treating patients with pyriform aperture stenosis. It also depends on how many episodes of breathing difficulties the child is facing or if there are any underlying health concerns that need to be addressed before treating the condition.

Mild cases of pyriform aperture stenosis do not present with respiratory issues. So these patients are kept under strict observation. Supplemental oxygen is recommended occasionally. Nasal saline is recommended by the doctor to open the nasal airways. With the growth of airway passages, the patients start feeling better.

Surgery is the first resort in the case of severe cases of pyriform aperture stenosis. The patient must be in stable condition. Series of tests are performed to rule out other medical conditions. The nasal airway is sufficiently opened during the surgery. The Sublabial approach is a commonly used procedure for pyriform aperture stenosis. The feeding problems and respiratory issues are resolved after the surgery. 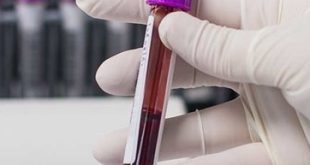