Cryptococcosis or pulmonary cryptococcosis is a rare infection associated with the lungs. The microorganism Cryptococcus neoformans is the agent responsible for this infection in the human body.

Pulmonary cryptococcosis may be mild or severe depending upon the condition of the patient. For instance, in immunocompromised patients, distinctly HIV infected patients, this microorganism is capable of causing pneumonia and death of the infected individual as a result.

However, the immunocompetent individuals; are least infected with this microorganism. In rare cases; where immunocompetent individuals are infected, they show no symptoms at all. In individuals with a well-developed immune system, radiographic features, clinical presentations, and laboratory investigations are non-specific. Due to the non-specific or asymptomatic nature, it is sometimes confused with other diseases like lung cancer.

These infections caused by the microorganism Cryptococcus neoformans may be acute or chronic. If not treated in HIV- Aids-infected individuals, it may be a fatal infection. 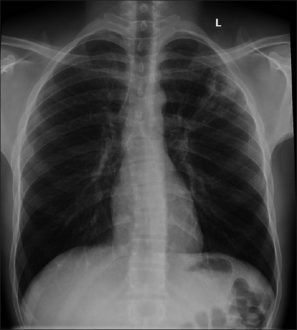 As mentioned above, in the case of immunocompetent patients, symptoms are not visible at all, and for this reason, the infection is confused with other diseases.

In primary pulmonary cryptococcosis in immunocompromised individuals, the basic symptom which is visible is cough. The frequency of occurrence of cough is very high in individuals, that is, approximately 89-95%.

Other symptoms of this infection include weight loss, fever, pain in the thorax, headache, dyspnea(shortness of breath as in pneumonia), hemoptysis (a condition where an individual coughs blood). There is usually no involvement of any disorder from a neurological point of view.

What causes an infection like pulmonary cryptococcosis? How does it get inside a human body?

Microorganism named Cryptococcus neoformans causes this infection like mentioned above. However, this infection is not only restricted to the pulmonary region of the human body. It may also affect other parts, for example, the meninges of the brain.

The microorganism is present throughout the globe. But, it is found in decaying wood, tree hollows, bird droppings, and in the soil. Neoformans are not contagious. Humans may inhale this fungal microorganism from the surroundings and build up the symptoms of pulmonary cryptococcosis. Several types of research on this infection suggest that the fungus sometimes enters the body of individuals during their childhood.

The majority of the people who inhale this fungus usually do not develop any sickness. However, cryptococcosis may be caused later due to impaired immunity.

There are several ways to diagnose cryptococcosis or pulmonary cryptococcosis in particular. In the laboratory, the diagnosis of this infection is based on a lung biopsy and a tissue culture. On a histological basis, it shows clear evidence of hematoxylin and also eosin slide. Hematoxylin and eosin slide are though specific to this disease. However, the causative microorganism; cannot be recognized as such. It is due to this reason; both species, that is, Cryptococcus neoformans and Cryptococcus gattii are quite similar from a morphological point of view.

So, for instance, if a pulmonary cryptococcosis infection is diagnosed in a patient, there is a greater probability of it being caused by the Cryptococcus neoformans. For the reason that C. gattii causing it, is rare in the world.

So far, the best-known treatment of this infection is with the help of fluconazole. It is a medication belonging to the class of drugs, that is, azole antifungals.

There are two possible treatments for using this medication. For patients showing symptoms of the infection, fluconazole of 200 to 400 mg is provided for 6 to 12 months orally. It proceeds in three steps, where the first phase is the induction phase. The second phase is referred to as the consolidation phase. And the third phase is called the maintenance phase.

For those patients who are not showing symptoms, there may be no need for a specific treatment depending upon the patient’s condition.