Despite the underlying cause of this nephritis, it involves severe injury to the kidneys’ glomeruli. With that, plenty of glomeruli carry characteristic glomerular crescents. Sometimes the related cases are also categorized as idiopathic.

There are several signs and symptoms which indicate the presence of this disease. A common symptom that is observable in all of the categories of RPGN. And that is an extreme and rapid loss of the function of the kidney.

The inability of the kidney to function accurately leads to several other symptoms. Those symptoms include blood casts in the urine, hematuria, and proteinuria. A healthy adult holds a value of proteinuria less than 150 mg per day. While in nephrotic-range proteinuria, the levels exceed approximately 3 grams per single day. The minority of affected individuals may also experience the state of edema and hypertension. However, the severity of the disease; is also characterized by pronounced anuria or oliguria. 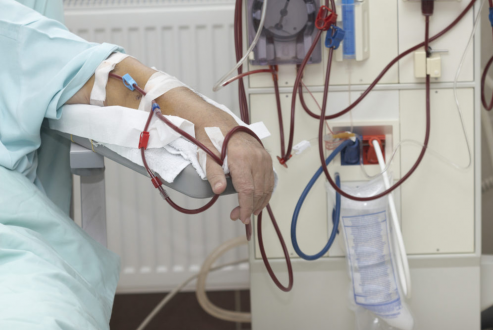 Viruses may trigger this disease, such as HIV. Bacterial endocarditis is also related to glomerulonephritis; however, the connection between the two is unclear. Sometimes, nephritis is also concerned with the aftereffects of a strep throat infection or a skin infection. It usually develops after a week or two after the recovery from the abovementioned infections.

Various immune diseases are also known to cause this disease. These may include Goodpasture’s syndrome, lupus, and IgA nephropathy. Sometimes the arousal of this disease is also due to polyarteritis and granulomatosis. In some cases, pauci immune glomerulonephritis is also related to conditions like diabetic nephropathy, high blood pressure, and focal segmental glomerulosclerosis.

The first diagnostic method of RPGN involves the analysis of the serum of the underlying disease. The four types of this disease show the presence of different antibodies in each case. For instance, type I shows anti-glomerular basement membrane antibodies(GBM), type II indicates the presence of antinuclear antibodies(ANA) and type III indicates anti-neutrophil cytoplasmic antibodies(ANCA)-positive serum.

As already mentioned, the impaired kidney failure prolonged by fewer than three months is usually a characteristic feature of RPGN patients. In that case, an examination of the abdominal region is done ultrasonographically. Although, an exhibition of sediment in the urine on examination may indicate proliferative glomerulonephritis. However, many cases of glomerulonephritis require a renal biopsy to build a diagnosis. Some doctors also suggest immunology tests, imaging tests, and blood tests to observe an individual’s condition.

The treatment of this disease is a step-wise and gradual process. The conventional induction therapies for this disease are defined well. These therapies involve cyclophosphamide(CYC) for a minimum of 3 months along with a corticosteroid taper. It follows maintenance immunosuppression for up to 2 years with mycophenolate mofetil and azathioprine. Multiple clinical trials highlight the importance of rituximab(RTX), a highly effective induction therapy for patients of pauci immune glomerulonephritis. Many trials of the patients focus on repeat doses of RTX at a regular interval of 3 to 6 months. Despite the progress of the pauci immune glomerulonephritis from a substantial point of view, it remains a group of diseases with adequate mortality and morbidity concerning the disorder. Renal involvement is one of the most threatening aspects of this glomerulonephritis.