Children’s bones develop at specific locations known as growth plates. Generally, the growth plates are found near the very end of the bone. The growth plate at the head of the humerus hinders blood flow in youngsters with Panner disease, causing the adjacent bone to weaken and collapse.

Panner’s illness is comparable to osteochondritis dissecans, which arise after the skeleton has completed its growth. Both diseases are more prevalent in some young sportsmen, particularly pitchers and gymnasts. Healing takes some time, but the vast majority of children who have Panner’s disease make a full recovery without any long-term complications. 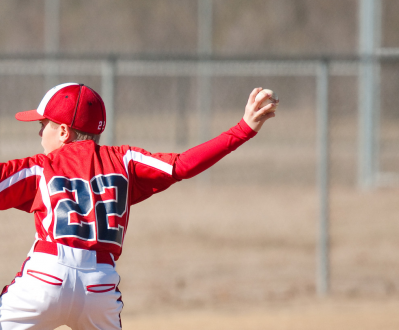 The apparent symptom of this disease is elbow pain. In most cases, symptoms appear suddenly and without warning. The child has a difficult time recalling a particular incident or injury that would explain the symptoms. In most cases, the discomfort is exacerbated by exertion like throwing a ball and alleviated by sleep or other forms of rest.

Furthermore, the elbow may be painful to touch, rigid, and swollen. Typically, the discomfort begins without any prior harm to the affected area. Pain is frequently at the capitellum on the outer elbow. It is possible that the youngster found it difficult to fully straighten out the elbow joint. Panner’s disease symptoms often subside gradually over the course of one to two years as the bones mature.

The etiology of Panner’s disease is the strain on the capitellum and surrounding cartilage. The repetitive motions in sports like baseball tossing or gymnastics tumbling frequently cause stress. It is not quite apparent what causes certain children to develop Panner illness. The risk of developing Panner disease may be inherited in some families.

The age range of children who are most likely to be affected by Panner illness is between five and ten years old, and the condition strikes males more frequently than it does females.

The doctor inquires about the child’s age, level of exercise, and dominant arm to properly diagnose this disease. During the examination, both the painful elbow and the other healthy elbow are examined side by side. The doctor feels the elbow and the area around it to see if it hurts. Each elbow’s range of motion is counted. The doctor examines for pain while rotating the forearm and bending and straightening the elbow.

The diagnosis of this disease requires confirmation by X-rays. X-rays enable physicians to determine the capitellum’s form. The capitellum may exhibit an uneven surface on an X-ray of the elbow. Fragmented and translucent growth plates are seen across the entire growth plate. Transparent capitellum areas indicate bone absorption. The bone may have collapsed if the capitellum appears to have flattened out.

In most Panner’s disease patients, an X-ray examination reveals that the capitellum has fully grown back to its natural shape over a duration of one to two years. MRIs sometimes show more detail. Bone abnormalities may be more clearly visible on the MRI. Swelling can also be found using the MRI.

Children with Panner illness frequently require a brief break from activities that require elbow use. This soothes the discomfort in the elbow. Physical therapy may be recommended by the child’s doctor, especially if the kid has difficulties bending and straightening his or her arm. As a short-term treatment for Panner disease, ice, and anti-inflammatory medications are administered.

The majority of youngsters recover with minimal treatment. When children’s pain does not improve with rest alone, doctors may resort to more invasive treatments like casting or splinting as a treatment option. The bone reconstructs itself over the course of one to two years, and the abnormally flattened capitellum also eventually returns to its original round shape. Anti-inflammatory drugs provided by the doctor also help in reducing pain and swelling. Another course of treatment to consider is physical therapy.