Orbital apex syndrome is a condition in which the cranial and optic nerves are involved and they do not work properly. This condition can affect the vision of the individuals and can lead to visual loss. This disease also affects the region of the superior orbital fissure as well as the optic canal and leads to ophthalmoplegia.

The orbital apex is the point where the orbit connects with the skull at the craniofacial junction. This is where nerves and blood vessels leave the intracranial compartment and enter the orbit through several bone holes. The extraocular muscles also originate through the orbital apex. The inclusion of ocular motor nerves in the anatomical zone of the orbital apex causes ophthalmoplegia and visual loss which leads to orbital apex syndrome. 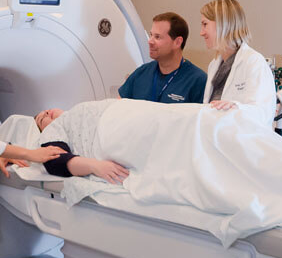 The patients with orbital apex syndrome mostly have the following symptoms:

From the above-mentioned symptoms, the loss of vision is the most common complaint of patients with orbital apex syndrome.

The involvement of the optic nerve is responsible for the afferent pupillary deficit. As the disease progresses the mild orbital congestion and adnexal edema become more destructive.

Orbital Apex Syndrome is caused by various infections, inflammations, and tumors and the severity differs according to the origin of the disease. The certain infectious causes are as follows:

The inflammatory causes of the orbital apex syndrome include the following conditions:

The tumors which are responsible for orbital apex syndrome include; tumors of the neck and head, traumatic/iatrogenic, hematologic, neural, or metastatic lesions, and orbital apex fracture.

The imaging of the orbit is used to determine the diagnosis of orbital apex syndrome. The MRI (magnetic resonance imaging) is utilized to scan the orbits to examine for enlargement or enhancement of extraocular muscles and orbital structures, or an orbital CT scan, which is likely a more widely available second-line alternative is used for the diagnosis.

Many inflammatory causes necessitate the use of systemic immunomodulatory drugs such as corticosteroids and steroid-sparing medicines to treat the main disease and reduce inflammation. The inflammations can also be treated through radiation therapy and thyroid orbitopathy can be treated with decompressive surgery to enable anatomic enlargement of the orbit.

The proper broad-spectrum antimicrobial therapy is usually administered as part of the treatment for the infectious causes of the disease. Ophthalmic or endoscopic intervention may be required in the case of an orbital or subperiosteal abscess, depending on the severity of the infection.

The traumatic and neuroplastic causes of the orbital apex syndrome can be treated through the following methods: