A surgical procedure to repair the damaged nerve tissues is commonly called as neuroplasty.

There is a vast list of methods or treatment options which can be applied to treat a patient with back pain, including; physical therapy, pharmacotherapy, nerve block, folk remedies and so on. Neuroplasty is one of the methods which targets the spinal pain to treat the back pain in patients.

The basic concept for the back pain is explained here which states that sometimes in the epidural space some adhesion and inflammation may be caused which stimulate the nerve roots and lead to the back pain.

Neuroplasty also work on this basic concept in which the removal of the cause of adhesion and reduction in inflammation can remove the pain from the body. This procedure mainly focus on the above stated two points that are the removal of adhesion and reduction of the inflammation caused in order to remove the pain form the affected area. As these kind of causes can only be treated by targeting the pin points causing these changes which are ultimately leading to the arousal of pain. 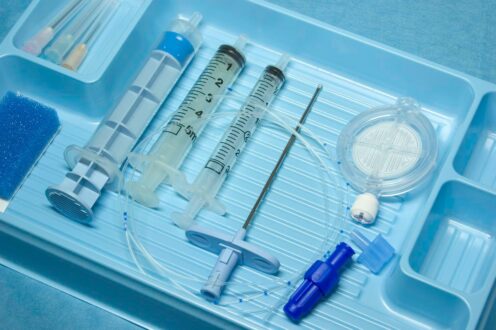 Neuroplasty is a very simple and safe procedure which is adopted in a situation when the patient does not respond to non-surgical treatments such as pharmacotherapy or physiotherapy. In this procedure few steps are followed and the initial step involves the minimal invasive spine surgery which is only used to investigate that whether the patient is a good candidate to proceed the surgery or not. After the confirmation form the first step, the patient is advised to lie with their face down and a local anesthetic along a sedative is administered in order to remove the discomfort along the provision of relaxation to the specified area. After that a dye is inserted into the epidural space in the back to enhance the visibility of the damaged tissues through an X-ray and this process is referred as fluoroscopy. When the proper visibility is achieved then the surgeon inserts a mixture of recommended medications along a small balloon in the epidural space around the scar tissues. The insertion of medications help in the reduction of inflammation while the balloon helps to widen the space and reduce the pressure.

Neuroplasty is a generalized method which underlies many techniques which are referred to treat different causes leading to the major problem or pain. These techniques may include the treatment of epidural adhesiolysis, sciatica, neuralgia, and neuropathy.

As stated that one of the causes of back pain is epidural adhesion and it is caused due to the high pressure insertion in the epidural space in the spine. To release this pressure from the space neuroplasty method has been used which is sometimes referred as thetreatment of epidural adhesiolysis.

Sometimes the spasms run into the lower back and legs due to the nerve issues in the lower spinal region and cause back pain and referred as sciatica, while sometimes pain spams radiates into the neck and head region due to the nerve damage in the peripheral spinal region andthis condition is called as neuralgia and both of these conditionscan be treated by neuroplasty method.

Neuropathy is a condition which is referred to the nerve damage which cause pain, tingling, numbness and even motor control problems to some extent in the limbs and requires the neuroplasty technique.

As this procedure is considered safe but there are some complications which can be faced during the application of the technique in the patients. These complications may include;

Despite the simplicity of the procedure, more understanding and awareness is required for the provision of appropriate quality treatment and to gain more effective outcomes.

The cost for the neuroplasty method varies from location to location as well as it depends upon the nature of damage that need to be treated.

Overall costs for all kind of techniques adopted to treat relevant conditions may include the all kind of fee that needed to be paid like facility fee, surgeon’s fee and anesthesiologist’s fee.