Learn all about isokinetic exercise definition, examples, advantages and disadvantages. James Perrine first introduced the concept of Isokinetic exercise to the physical therapy profession in the late 1960’s. Traditional weight lifting exercises are performed at variable speeds at a fixed resistance or weight. Isokinetic exercises are performed at a dynamic preset fixed speed (ranging from 1 degree per second to approximately 1000 degrees per second) with resistance that is accommodating throughout the range of motion (ROM).

A 2008 study found that isokinetic training effectively restored imbalances in knee muscle strength in professional soccer players. Older research from 1999 found evidence that isokinetic exercise may be effective in treating knee osteoarthritis in older adults. Participants in the study who did the exercises three times a week for eight weeks improved function, strength, and pain measures.

The lat pulldown strengthens your shoulders, back and biceps. While seated, you pull a horizontal bar down to your chest. You can perform this common resistance exercise on an isokinetic pneumatic lat pulldown machine. To maintain a selected and constant speed throughout the exercise’s range of motion, the machine will vary the applied force. To exercise on an isokinetic stationary cycle, set the revolutions per minute. Regardless of how hard you pedal or how fast you go, you complete only the revolutions per minute that you put into the machine.

The duration of a single isokinetic exercise is of greater value than the number of repetitions done or the overall amount work performed, according to Sharon Plowman’s “Exercise Physiology for Health, Fitness, and Performance.” Swimming uses isokinetic motion, in which you repeat an even stroke through resistance. 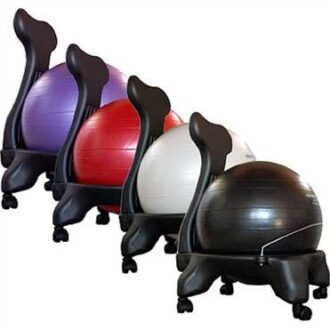 What is Isokinetic Exercise?

Exercise performed using a specialized apparatus that provides variable resistance to a movement, so that no matter how much effort is exerted, the movement takes place at a constant speed. It may be an exercise or a program of exercises to increase muscular strength, power, and endurance based on lifting, pulling, or pushing variable weight or resistance at a constant speed.

A safe, simple isokinetic exercise is walking on a treadmill. Walking at a brisk pace several miles per hour will suffice. If you are not a beginner, you can hold on to dumbbells and increase your speed to a slow jog. You can also perform a basic squat. Stand with your feet shoulder-width apart and your hands behind your head. Squat down slowly for five seconds. Hold for two seconds at the bottom, and then take five seconds to return to standing. Do 10 to 15 repetitions. The main isokinetic exercise examples for non-professional athletes are isokinetic exercise bikes. These can be useful for a wide range of people (from unfit beginner to professional athletes). Because of the cycle motion (as opposed to a free movement like a baseball pitch or swing), it is considerably easier (from a mechanical complexity point of view) to build a commercially viable isokinetic exercise bike. Other examples are;

One of the main benefits of isokinetic exercise is that it can be controlled to prevent injury. Taking the example of the exercise bike, customizable settings can reduce the chance of a resistance-based injury or one that occurs from pedaling too fast. Because isokinetic exercise is a relatively controlled form of exercise, it’s often used in physical therapy. Skilled physical therapy professionals may include isokinetic stationary machines as part of a regimen for healthy recovery after an injury or surgical procedure. In fact, according to some experts, isokinetic exercise machines are still making their way from the physical therapy office out to the general population.
As an additional benefit of isokinetic exercise, some argue that it works more related muscle groups by promoting changes in ratios of muscle use. As the resistance changes, the muscles experience variance, and this can encourage a greater array of training results.

According to some experts, isokinetic exercise can have a positive effect on the core muscles that stabilize and carry the body and support the spine. As the user progresses through certain isokinetic exercises, the targeted muscle groups will, in some senses, rely on support from the core muscles. Trainers who mention the core as a side benefit of this kind of exercise point out that the core muscles are not targeted in these activities and individuals who want to build a strong core should include specific core work like ab crunches, balance activities and more.

Equipment needed tends be expensive and is not found in many gyms because of this
Muscle training exercises tend to be most effective when combined. A recommended routine is to alternate days and focus on one type of muscle training per day. The difference between concentric and eccentric contractions