How Long does Nicotine Stay in Your System?

Nicotine is an addictive element of tobacco. It was named after the tobacco plant known as Nicotania Tabacum. This plant, in turn, was named after French Jean Nicot de Villemain, who sent and promoted the plant in Paris during the 16th century.

In tobacco products such as cigars, cigarettes, pipe tobacco, nicotine is an active ingredient. Chewing tobacco is also a source of getting nicotine. By smoking or chewing any of these substances, nicotine is pulled into the blood stream and changed into cotinine in the lungs and liver before being passed out of the body in urine. Both substances i.e. nicotine and cotinine can be detected in the blood, urine, saliva as well as in hair.

Nicotine affect mostly the nervous system and decreases the appetite. It is also used to boost mood and relieve depression. It can enhance brain activity and improve cognition and memory. It also increases salivation, increases both the heart rate and blood pressure, and may even cause nausea and vomiting. Severity of these effects depends on the quantity of intake of nicotine. 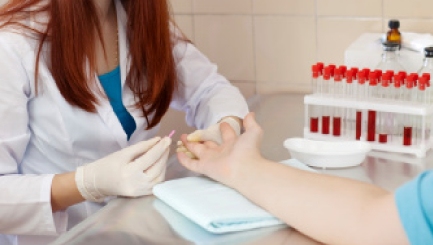 Stay of Nicotine in human blood, urine and saliva

The most accurate test of nicotine presence in human body is carried out through blood and it is considered as most accurate of all. Duration of nicotine stay The time nicotine stay in blood can be variable depending on whether nicotine or cotinine is being tested. Nicotine will typically be gone within 1-3 days after you stop using tobacco. so it is impossible to detect it. But if the lab is testing for cotinine levels, it will continue to be detectable for 1-10 days after the last use of tobacco.

Blood test can be quantitative as well as qualitative. Both blood tests can be used to detect nicotine use. Nicotine, along with its derivatives cotinine and anabasine, can be used for these blood tests. These tests can detect even the slightest traces of nicotine in the bloodstream.

Detection of nicotine through urine test is considered the most easy and cheap method. As a result, it is the most common way to test for nicotine. Nicotine and cotinine levels in the urine are usually not detectable within 3-4 days after stopping use of tobacco products. But in case of passive smokers, urine nicotine test can be positive for as long as 15 to 20 days. A test strip is normally dipped into the urine sample for 5 minutes. if cotinine is present in the urine, test will be positive, otherwise negative.

The most sensitive test for detection of cotinine is the saliva test. With the help of a test strip, which is used to soaked in the saliva for 20 minutes, result can be concluded. This test is considered more useful because it measures the approximate amount of nicotine also that one have used. The saliva test can detect cotinine levels for up to 4 days.

The length of time that nicotine stays in the body and cotinine can be a reliable indicator of nicotine use depends on following factors:

Tips to Clear Nicotine from the Body

Following are some tips if you are trying to clear nicotine from your body. You can use all of these methods together to really speed the clearance of nicotine from the body.