The human body consists of– both internal and external muscles. They play vital function in performing a number of physical and physiological responsibilities. Quite naturally, there are probability that these muscles will experience damage and spasms.

The spasms are involuntary muscular contractions that lead to convulsions. Amongst the body muscles the major and the strongest one is the diaphragm. The diaphragm muscle helps in breathing and works continuously throughout life. Therefore, this muscle is at high risk of having a diaphragm spasm which might be awfully agonizing and make breathing a complicated task.

Below in this article you will find what a diaphragm spasm is, its symptoms, causes, diagnosis and treatment.

Diaphragm is the largest and strongest muscle in body and it divide the chest and abdomen. It is one of those muscles people don’t think about except they have any problem with them. Diagnosing diaphragm spasm is not always done but if there could be easy and rapid ways of evaluating how the diaphragm functions, it could facilitate in cure of many disorders and diseases that present in form of diaphragm strains or avoid the unnecessary treatment that are often based on inappropriate diagnosis. 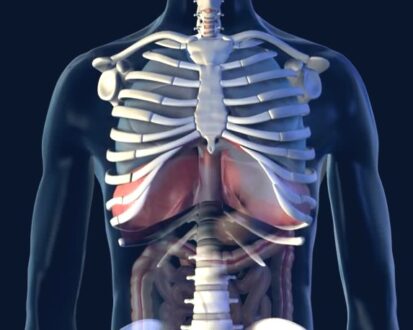 Diaphragm spasm damage and symptoms are carried by people for a long time and even for their lifetime. In case of diaphragm spasm, people may experience conditions such as hiatal hernia and hiccups.

The common signs and symptoms of a diaphragm spasm are:

In this condition temporary paralysis of the diaphragm occurs as an outcome of a rapid force applied to the abdomen. This makes it difficult to breathe and may also cause hiccups.

When an individual gets strains in the diaphragm, frequently the situation leads to hiatal hernia. In this situation, the stomach of a person pushes the diaphragm. This condition is oftenly misdiagnosed and stomach, heart or circulatory problems may occur as an outcome of hiatal hernia. Beside these, it can also cause acid reflux or gastro-oesophageal reflux disease.

Further signs and symptoms of diaphragm spasm comprise:
• stiffness of chest and throat
• soreness in the center of abdomen and chest 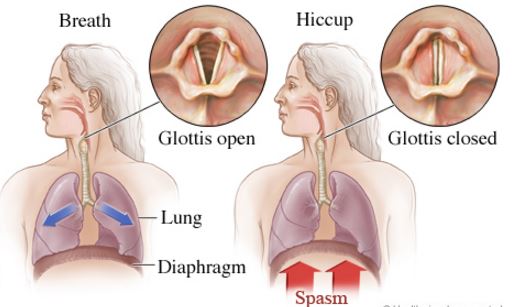 The different reasons that may cause diaphragm spasm are:

1. Diaphragm Spasm Caused Due to Irritation of Nerves

The main function of diaphragm is to assist in the breathing practice. By the help of this muscle, air flows into the lungs. The diaphragm moves down to create gap for the lungs to inflate for air to get into the lungs and it moves up to help the lungs in exhaling the air. The phrenic nerves direct this movement of the muscle. When these nerves get irritated, the spasms occur. 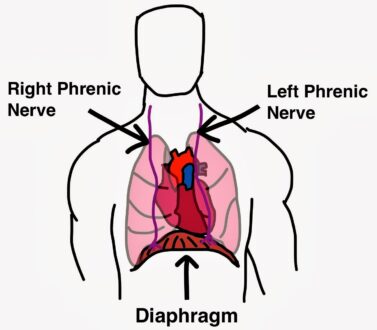 It is this spasm that consequently causes hiccups. The basis after this is the sudden disruption of breathing due to closure of the epiglottis. Actually, this epiglottis closure also causes the sound of hiccups.

In the majority cases, the irritation of the phrenic nerves is caused by:

• A full stomach
• When food and air are ingests together and it pushes the nerves
• Eating hot and spicy food that irritates the nerves.

When hiccups last for more than 48 hours, it might be a sign of diaphragm spasm. In such a condition it is important to see the doctor.

2. Diaphragm Spasm Caused Due to Sudden Force in Abdomen

People, who are linked with certain sports like boxing, where sudden forces can be applied to the sportsmen, have more chances of getting diaphragm spasms.

Few disorders aggravated by the spasm can lead to major issues. While, major issues like heart attacks, hysteria, and mental health issues might be the one to incite a spasm of the diaphragm. Despite how the procedure develops, all of these conditions require proper diagnostic techniques and treatment. At the point when left untreated they may have severe consequences.

Treatment of diaphragm spasm depends on the reason for spasm. At the point when hiatal hernia is recognized as the cause, it requires pushing the diaphragm muscle physically to release the stomach to its standard position.

For the situation where a spasm of the diaphragm is caused by a blow or falling on back, the spasm feeling normally gets out in a moment or two. The side effect that could remain is the pain that blow commence. At the point when the blow happens, it is remaining pain that should be dealt with.