Bleeding diathesis refers to a tendency to bleed excessively. This condition is a result of mild and severe health conditions and circumstances. It can even be stimulated by a surgical procedure, whether medical or dental.

The bleeding diathesis can suddenly occur or can result after a surgical procedure.

Cushing’s syndrome (which is thinning of the skin) and the body’s inability to mend wounds naturally are two major factors in this condition.

Since it can be disguised with minor symptoms like bruises or an excessive nose bleed, it is important to stop the bleeding immediately. This disorder itself along with complications can lead to life-threatening conditions. 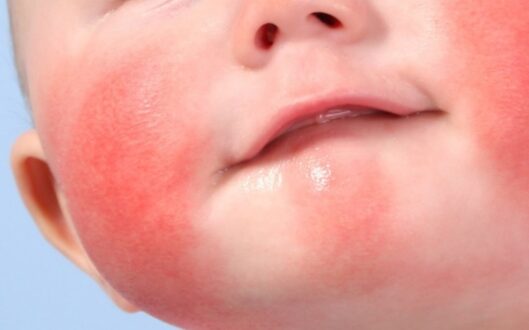 What is Bleeding Diathesis?

Bleeding diathesis is an increased susceptibility of bleeding due to coagulation defect, which may be genetic or acquired. Genetic include (e.g., Haemophilia, Glanzmann disease and von Willebrand disease) or acquired (e.g., scurvy, vitamin-K deficiency, leukaemia).

Bleeding diathesis is the body’s abnormal inclination to bleed. The varying forms of bleeding diathesis can range from mild to severe. This disorder’s tendency to hemorrhage has a link to hypocoagulability, a condition having irregular and slow blood clotting. As a result, this can lead to a reduced production of platelets, which in turn results in excessive bleeding.

Commonly observed manifestations and clinical features of bleeding diathesis are:

Depending on the causes and etiology of the disease, these types of hemorrhagic diathesis are distinguished:

In a normal healthy body, the wall of the vessel can be partially permeable to gaseous and soluble substances. For elements of blood and proteins, the wall, as a rule, is impermeable. If there is a violation of its integrity, then a difficult process of coagulation is launched, aimed at preventing blood loss – so the body tries to prevent the emergence of a state that is life-threatening.

In itself, pathological hemorrhage usually occurs for two reasons – an increase in the permeability of the vessel wall and a disorder of the process of folding. Sometimes there is also a hypothesis that the mechanism of hemorrhage can be triggered by the increase in the properties of red blood cells passing through the vascular barrier with a slight dilution of blood, or with severe anemia. In what cases can this happen?

A bleeding diathesis treatment is dependent on the underlying cause of the bleeding. It is vital to stop the blood loss first to prevent further complications and life-threatening conditions. Of the varying types of bleeding diathesis, one or more of the therapies used can be plasma exchange therapy, platelet transfusions, or anticoagulants. From these treatments, patients may experience anemia, cerebral hemorrhage, or soft tissue bleeding.

Other immediate treatments include prolonged bleeding from the nose with gauze and a packed dressing. Any genetic disorders leading to bleeding diathesis may require a psychological treatment with genetic counseling for management and any family planning.