Now-a-days lower back pain (LBP) is a very common medical condition among young population which may be caused by several different reasons. Bertolotti’ssyndrome is one of those few reasons which may cause the complete or partial fusion of the lowest lumbar vertebra with the upper portion of sacrum region in the spine and it could be unilateral or bilateral. That is why bertolotti’s syndrome is also referred to the lumbosacral transitional vertebra.

It is characterized by “an anatomical variation of the fifth lumbar vertebra which may join or fuse with the sacrum or ilium region, completely or partially”.

These anatomical changes causes the hindrance in the normal movement process of the spine leading to the lower back pain.

Early in 1917 the first case of bertolotti’s syndrome was reported by Mario Bertolotti. It is estimated that 4-8 % of the young population is affected by this syndrome. 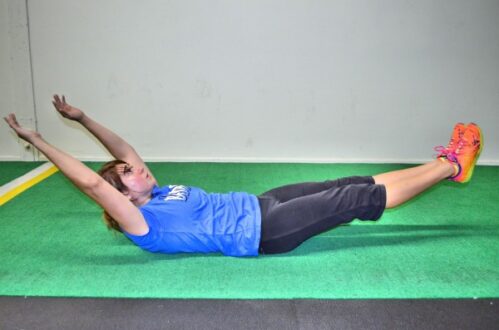 Some patients do not experience any kind of symptoms which make the diagnosis very difficult. It also leads to the delayed diagnosis which worse the condition due to the absence of proper treatment.

The most common symptoms are;

Lower back pain could be symptom for any other medical condition as well but the back pain which is radiating and refracting to buttock and other associated parts along the above stated symptoms is the underlying reason for bertolotti’s syndrome.

The symptoms are mostly delayed in the most of the patients and they appear in the later ages like late in twenties or early in thirties. But in some patients these may appear in the early years of age and help in early diagnosis.

The basic cause behind this syndrome is the sacralization of the ending part of lumbar region while the lumbarization of the upper part of the sacral portion of the spine. This condition results because of the joining of these two specified regions of human spine which could be partial or complete. This transverse process leads to the formation of a transitional 5th lumbar vertebra. This causes the other conditions such as sciatica and scoliosis leading to the radiating pain in association with resistant or limited motion of the lumbo-sacral articulation.

These all associated reasons ultimately lead to the adoption of this syndrome.

There are a lot of treatment options to get rid of this painful syndrome which are basically dividedinto two classes;

Some patients require surgical procedures in which other options may fail to eliminate the pain. The surgical procedures involve the posterolateral fusion or resection of the transitional articulation which are difficult to be performed by other treatment methods. Excision of the neo-articulation and fusion of the posterolateral transitional segment is suggested in some patients according to their condition. While rami communicantes blocks are suggested for the patients in which the point of arousal of pain is L4-5 level and also responsible for the transmission of pain.

In non-surgical treatment option the most common and fastest option is the use of medications. There are some conditions and symptoms of this syndrome that acquire the use of medications involving the steroid injections. Such symptoms may involve facet joint, and articulation between the transverse process in which the pain generating site is the ilium portion.

Radiofrequency denervation is suggested to treat scoliosis which is an important prominent symptom of the bertolotti’s syndrome in causing pain. The pin point for this treatment are the painful disc or the white ramus at L1 and L2 vertebra and also responsible for the transmission of pain.

Physical therapy interventions are also considered helpful in those patients which present the symptoms in the early phase of the disease. The main focus of this treatment is to implement the exercises which helps to improve the mobilization, neural stretching, and core strengthening.

Regardless the choice of treatment option, the basic purpose is to relief the radiating pain which may compromise the quality of life of patients. More than one approaches are needed to achieve this and may lead to failure even after the maximum possible efforts.