Another potential outcome from anisometropia is amblyopia (lazy eye), which can occur if one eye has blurred vision for some time and becomes permanently weaker. If there is a difference of dioptric power between the 2 eyes, the images that reach the brain will be different (a clearer image from the eye with lower diopter and a more blurred image from the eye with higher diopter). The overlapping of these unequal or overlapping images in the brain creates discomfort, so that the brain suppresses the blurry image (or ignores it) developing amblyopia (the higher diopter eye becomes lazy).

Being that anisometropia means the refractive power is different in each eye, it can mean being farsighted in the right eye and nearsighted in the left; or vice versa. It is common for people with this condition to also have aniseikonia, which causes each eye of a person to see the same objects in different sizes. LASIK surgery can be performed to correct both conditions.

Sometimes anisometropia can be present at birth, although frequently it won’t become apparent until later in life. It has been estimated that around six percent of all children aged between six and eighteen suffer from this visual condition. Several studies have found that anisometropia occurs more frequently and tends to be more severe for persons with high ametropia, and that this is particularly true for myopes.

Anisometropia follows a U-shape distribution according to age: it is frequent in infants aged only a few weeks, is rarer in young children, comparatively more frequent in teenagers and young adults, and more prevalent after presbyopia sets in, progressively increasing into old age. 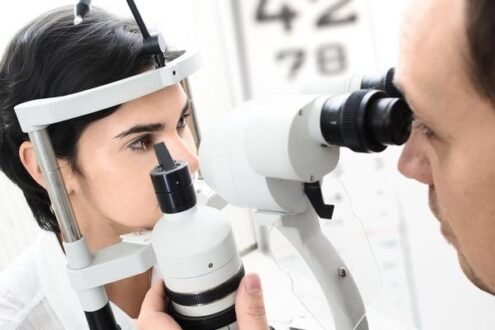 Even people who have normal vision can have up to 5% difference in the refractive power of each eye. However, those with a 5–20% difference will experience uneven vision (anisometropia). There are many different reasons why a person can have anisometropia, which can include:

·         During cataract surgery there is a miscalculation of lens power

Anisometropia can be corrected by:

·         Lasek are two similar refractive laser techniques using both an Excimer Laser. They are based on the property of the corneal epithelium (the first layer of the cornea) to regenerate naturally after being partially removed. Subsequently, the cornea is reshaped by the laser, thus obtaining the correction of the diopters.

·         Femto Lasik is a modern refractive laser technique which requires two types of laser: the Femtosecond laser and the Excimer. The diopters reduction laser surgeries are a quick treatment, customized, silent, odorless independent of the environment, with an accuracy of less than one micron, by following the corneal curvature.

·         Relex smile, it’s a new minimally invasive refractive procedure, which represents the third generation of laser refractive surgery. The great innovation consists of performing the surgery without a flap and without removing of the corneal epithelium. In one single step, the femtosecond laser creates a refractive lenticule and a thin tunnel in the corneal structure through which the lenticule is extracted.

·         Refractive lens exchange, it is a surgical technique similar to cataract surgery where the lens inside the eye, also called crystalline lens, is replaced with a multifocal artiﬁcial lens with a diopter adjusted to the parameters of the respective eye. Therefore, after the surgery, the patient no longer needs glasses. After implantation, the artiﬁcial lens remains functional for the rest of the patient’s life.

There are three different types of anisometropia which include:

·         Simple anisometropia. This is when one eye is affected while the other eye has no refractive error (or spectacle prescription): The affected eye can either be hyperopic (long-sighted) or myopic (short-sighted).

·         Compound anisometropia: This is when both eyes are myopic (short-sighted), although there will be a significant difference in their refractive errors (or spectacle prescriptions). This causes one eye to see a more blurred image than the other.

·         Mixed anisometropia: This is when both eyes have appreciable refractive errors, with one eye myopic and the other hyperopic.

Glasses can hold a strong plus Rx for the hyperopic eye and a strong minus for the myopic eye to accommodate the vision. However, if there is an extreme difference it can cause a problem with double vision occurring. Glasses tend to not work as well as contact lenses for this condition, but not all people can tolerate contacts so they cannot wear them. For small children glasses or contact lenses are not the answer, they cannot always wear either. LASIK surgery can correct the refractive power in each eye by making it equal.